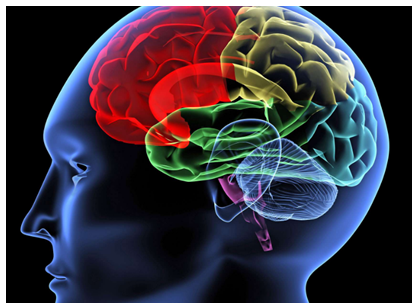 The human brain has evolved over millions of years, with the Basel Ganglia first, followed by the limbic (emotional) system. Together, they control our nervous systems and our emotions, which are closely linked to others around us, as we are social creatures who have evolved in tribal groups. This includes unconscious feelings and behaviours that are connected to the tribe and its ongoing acceptance of each of us – upon which our very survival depends. These responses are deeply embedded in our very being and take place throughout our day, governing every thought and action we take to some degree.

Then, only a few tens of thousands of years ago, we developed our neocortex or frontal lobes, which are our centre of rational thought, and maximised utility in our existence. It is this third element to our brains that has allowed us to rise above all living creatures on earth due to our social organisation and consequent technological innovation. However, the neocortex, much as we like to think otherwise, can be overridden by lower collective brain functions. Thus, each person is but a node in a much larger human organism linked to others by the hormone surges of neurobiological and entanglement theory. 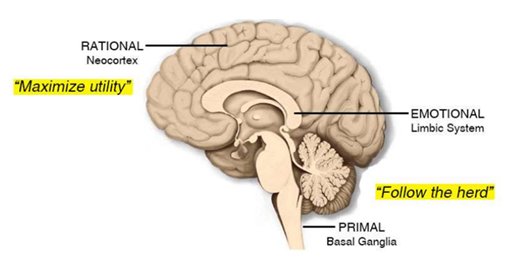 Notably, when collective impulses take control of us, we have no subsequent awareness or memory after the event that a different part of the brain has been in control. This is why we are both individually and collectively unaware of collective behaviour patterns unless we use techniques that look objectively at the patterns we create as human civilisations. In summary, this non-rational collective is a product of old, deeply ingrained survival traits that are ill-adapted to decision-making in the modern world.

Collective behavioural patterns are hard to recognise because we are unaware of them, as there is no part of our brain that stores a record of our behaviours when our actions are overridden by collective impulses. While throughout history astute observers have commented on the cycles of nations and empires to the majority, such a reality has easily been deniable and replaced with the old defensive approach that it is 'different this time'!

The real breakthrough came with modern financial markets, whose cycles could be quantified by price moves over time. Thus the study of long-, medium- and short-term cycles was and continues to be critical in the journey to understanding how we, as humans, behave and how we could improve our collective behaviours to create more anti-entropic (positive) outcomes.