The Time of The Great Shift 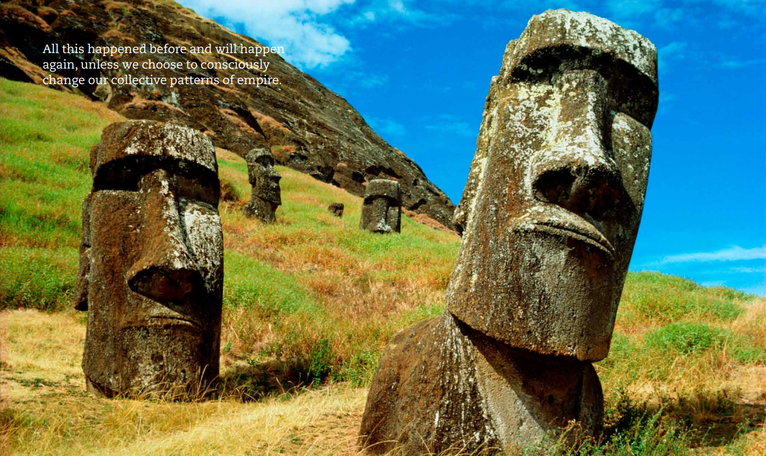 Since writing Breaking The Code of History, I have continued to seek enhanced concepts that explain human interactions and to better predict and understand our collective behaviours. This has led me to develop my Theory of Anti Entropy in Human Systems. Taking the most relevant Principles of this theory.

The First Principle: The Hidden Human Energy of Anti-Entropy: Human history always focuses on the destructive disasters, but between those destructive gaps is hidden a huge amount of energy of self-organisation and human anti-entropy, starting with the grandmother who sweeps the floor to the great empire builders. So it is important to always remember that the forces of human anti-entropy are always at work and are only blocked by the periodic entropy of individuals and systems at certain phases in history. Thus it is right to be collectively optimistic and to look on the positive side of the future of  humanity. Thus, when facing the challenges of the Wuhan Crisis, this principal should give us all hope.

Next;  The Not So Good News

The Second Principle: Empire cycles are entropy cycles: as they grow they build anti-entropy. Thus a hegemonic challenge is a race to create the maximum entropy to gain the hegemonic slot. The levels of anti-entropy in an empire, or indeed any human system, is a function of the average entropy level of each citizen (education-health-cultural values ) the size of a population, the quality of its leadership, and the level of the systems’ coherence i.e. where it is on the rise and fall curve. Growing populations create excess anti-entropy whilst contracting populations are subject to entropy. Polarisation, as defined in Breaking The Code of History, actually defines who we compete and fight against. It prioritises loyalty to our familial genes, our societal genes and our racial genes.

The Fifth Principal: Evolution and Entropy: Evolution demands that when a system goes into entropy, it is removed just like the senescent cells in the body. Thus, as Empires decline, they lose their energy and decay leaving a vacuum into which the next empire moves to then reach greater levels of anti-entropy. Therefore be prepared for the waves of entropy which engulf systems in decline, in very nasty clusters and with compounding consequences. The role of warfare is the cumulation of Darwinistic competition and is essentially a clash of anti-entropy and the side with the greatest levels of anti entropy wins the war. This explains why wars keep occurring despite broad and repeated protestation that they are inhuman and uncivilized.

The Sixth Principle: Human collective accumulated anti-entropy: Each sequential empire takes anti-entropy of the net human system to a new high at the empire's peak, and then declines to be replaced by the next empire which then reaches new heights.

Today America is in decline and China in the ascendancy. This competition is the heart of the two great forces of entropy or chaos that we have been experiencing in today's world.

Whilst the sixth Principal of human systems has taken mankind to the present moment, such a collective unconscious behavioural pattern has now reached its limit of progress. Why? Because the warfare driven by a younger more dynamic hegemonic challenger that pushes the old hegemony aside, does so using weapons of such power that the associated war risks the destruction of model civilization. During the cold war, we only marginally avoided such a cataclysm on several occasions due to the good judgment of a few key individuals.

Today America is in decline and China in the ascendancy. This competition is at the heart of two great forces of entropy or chaos that we have been experiencing in today's world.

Firstly, climate change: on the one side there is America that cannot afford to switch from a hydrocarbon-based energy source and maintain its apparent global dominance. On the other side, China is driven by the need to challenge for hegemonic power in the next decade before India becomes a significant factor, and can also not afford to switch its energy source. The result is that the two greatest powers on earth failed to respond to a most obvious planetary risk, whilst preoccupied by their mutual competition.

Secondly, the Wuhan Virus that is closing down the global economy was the product of a Chinese weapons lab, that was part of China arms race to challenge for power. Its assumed accidental release has demonstrated just how vulnerable we all are to future genetic biological agents developed with nefarious intent.

Thirdly, the level of polarisation demonstrated by China, the obvious source of the Wuhan Virus, is alarming. To invert the narrative to its people, saying that it was planted by the American military is a massive escalation of the polarisation process, such that I expect to see China using the current economic turmoil to advance its ambitions, and to start the process of militarising its society against the West. This will set the scene for another 1908-1914 or 1934-1939 type phase of history in the year ahead. The only way to deter such predatory Chinese behaviour will be for the West to match Chinese in an arms race and create a similar standoff to the cold war.

My conclusion is a stark one. Either mankind changes its warring ways and unites as one race. Or we continue our unconscious ways and end up in a global conflict within the next eight years driven by Chinese expansion.

My drive and purpose as expressed in my Murrinations is to do all we can to create a constructive outcome which I have called The Great Shift. But to do that we will all have to mobilise with our minds and actions, throw off old unconscious collective patterns of behaviour, and replace them with new ways of collective behaviour. If there is hope that this is possible, I draw it from the Brexit process. This was the first regional civil war decided without bloodshed, because it was contained by strong cultural democratic values. If Britain can break new ground with new collective behaviours then there is hope that we as a race can do so too.

The Story of Easter Island

Around ten or more centuries ago in the southwestern Pacific Ocean, the population of a group of Polynesian islands (most likely the ones now called the Marquesas) set out in canoes and catamarans seeking new land to settle. They arrived at what we know today as Easter Island, or Rapa Nui in the local language. Under the command of their gods and their ariki (king), the people proliferated and prospered within a feudal system on the island, which measures about 25 km by 12 km.

The inhabitants of Rapa Nui committed tremendous energy into sculpting and erecting the huge, iconic and ultimately enigmatic stone figures for which the island is so well known: the Moai. Crafted between A.D. 1250 - 1500, these were positioned along the coastline and required intensive resources for quarrying, workmanship, transport and erecting. The precise methods employed by the islanders to move these statues, some of which weigh several tons each are as yet undetermined, but log rollers were probably used. Evidence indicates that when the island became completely deforested by 1650, the statues were no longer produced.

Further inefficiencies in resource consumption attended the Rapa Nui culture. A warrior class seized power and instituted the tangata manu (cult of the ‘bird-man’). Annually, a contest would be held between warrior clans to swim out to a nearby islet and secure the first of the season’s eggs laid by a local species of tern. The victor was awarded complete control of the island’s resources for the rest of the year, and this naturally led to the weakening of the island’s ecosystem as well as widespread malnutrition and death. Conflicts arose between different factions on the island and led to, among other things, the toppling of many of the Moai. The seventeenth and eighteenth centuries were a time of devastation for the island’s physical, psychological and spiritual health.

By the time European slavers arrived in the 1860s to kill and carry away Rapa Nui captives for labour in the mines and plantations of colonial Peru, the island had been so battered by self-inflicted strife that its people could not resist effectively. More of them succumbed to diseases introduced by the Europeans, such as smallpox and tuberculosis. By 1877, on account of death as well as deportation and emigration, only 111 islanders remained, of which only thirty-six had descendants – the low point from which the cycle of population expansion began again. The legacy of their predecessors, who might have numbered as many as 15,000 in previous centuries, was a barren island, guarded by about 900 giant stone statues amid the wreckage of the past.

The story of Easter Island contains all of the elements of the rise and fall of a society over centuries: the commodity cycle, competition for resources, greed and short-sighted resource management, religious polarisation, warfare, disease and climate change. The similarities to our world of the present day are remarkable, though reasonable, according to fractal theory.

The lessons of history have been clearly and vividly spelled out; the only question now is whether or not the hubris of humanity will allow them to be heeded. If you would like to learn more as to how you could make a difference then please read AN INVITATION TO A JOURNEY.

As humans I believe that the majority of us only learn from failures, and emotional hardship. So the challenges that humanity face in The Great Shift Ahead can be viewed as growth catalysts to a shift in human awareness and collective behaviour. These beautiful words describe the hidden gifts found in difficult times that we should all look for and absorb. 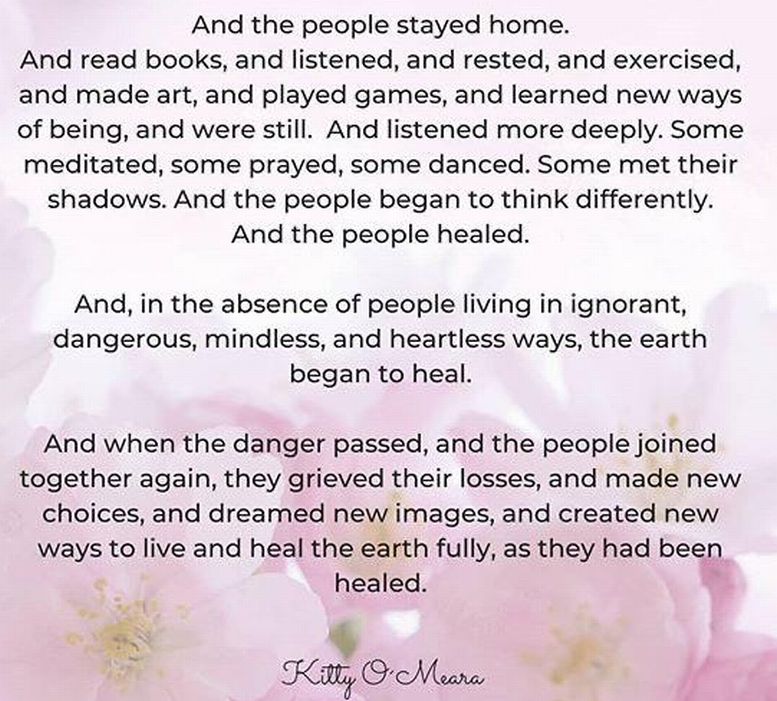 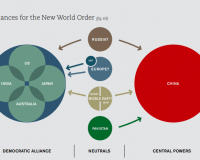 In 2008 recognising that new threats begat new alliances, especially when an old hegemony is in decline and needs … Read more. 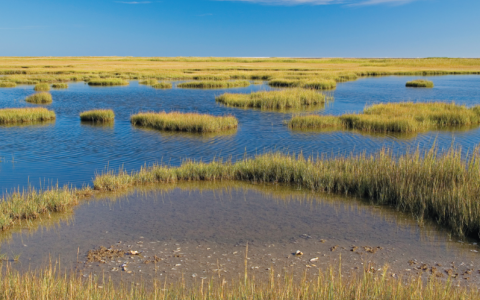