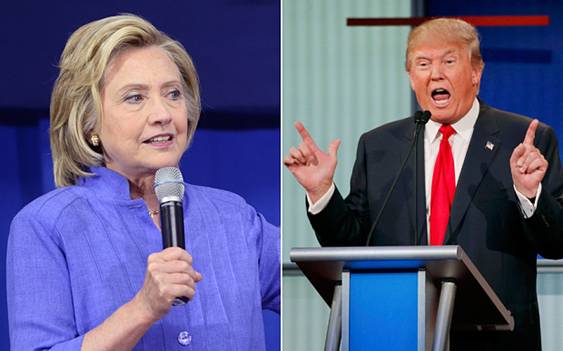 Over six month ago, I predicted that a Republican president would win the next election in November and that Trump would be the Republican nomination. Thus, Trump would be the next president of America. Even up to a few weeks ago, very few people in the Western world agreed with such a prognosis. Interestingly, the disagreements were accompanied by the most profound emotional responses. However, last Thursday Trump became the official Republican candidate. So, was that just a lucky guess on my part or was there a predictable pattern unfolding that gave me the confidence to speak out?

Well, anyone who has read “Breaking the Code of History” (BTCH) will know the answer to that question! However, it is worth reiterating the logic based on the social principals of BTCH.

For eight long years America has experienced Obama's policies of wealth distribution and the consequential ‘loss of international power’, and now the Americans expect that the nation will be returned to its former power and influence. Hence, the increasing resonance of Trump's “Make America Great Again” campaign.

To rebuild America’s power to its former glory, America's electorate recognises that it needs a strong leader. A leader who is not a grey man or woman from the political class with a polished exterior who bends to public opinion, but rather one that speaks his/her mind irrespective of the backlash. Obama's leadership is today characterised in the electorate's minds by one word: weak! So now, the pendulum will swing the other way as America needs strong leadership.The collective also needs their new leader to be grounded in the real world with a successful background, which is Trump’s pitch. Lastly, with Obama’s disastrous leadership one has to ask if anyone can be worse? All these points only reinforce Trump’s popularity.

Additionally, the American electorate has collectively become disenfranchised by its political institutions, blaming the nation's plight on a failed process of governance. Thus, any association with the established political body is and will continue to be a liability in this election. This underlying emotional response favoured Trump against the Republican party’s chosen nominations, and will favour him against Clinton, who is, after all, a pillar of the political establishment. Interestingly, that very same rejection of the political class is taking place in Britain that, although in a different part of its national cycle, is in a very similar collective mindset. None the less, it will be a critical element as to why voters choose Brexit that will also be a protest vote against the current leadership.

Notably, in the first phase of this process, Trump became the Republican nomination by being outspoken and extreme. However, now he has entered the second phase of the race for the Democratic nomination that will change. He will inevitably moderate his campaign to some degree and become more inclusive in an attempt to expand his voting base. Nevertheless, there is no doubt that he will continue his focus on strong leadership, economic growth, wealth creation, a strong foreign policy and increased military power. However difficult it is for many foreigners and indeed liberal Americans to understand Trump’s popularity, these values are exactly what America needs at this point as it cannot afford another leadership based on the principles of wealth distribution and global disengagement.

For those that fear a Trump presidency from an emotional perspective, is it as bad as it feels? Well, I remember when people thought Reagan was brainless and held their hands up in despair at an actor being the President of the United States. In contrast to all his detractors’ expectations Reagan enacted the policy of a strong America and was able to counter the massive advantage, the USSR enjoyed militarily that made war a real risk. His strong management meant that the Cold War stayed cold, and we are all here today as a result of Reagan’s presidency. Today, the world faces a similar situation with the accelerated rise of the Chinese economic and military challenge. Without a strong leader to prevent weak policies and defence capabilities, America and the West will become very vulnerable, which inevitably will lead to wars.

So Trump like Reagan, who walked a similar path before him, may yet prove that his presidency will not be the disaster most expected, just as Obama was not the success that the majority, who celebrated his arrival at the time, expected.

Absolutely spot on. I hope Trump has top class security, there are a lot of people who'd like to snuff him out, inside and outside of America. If he does what Reagan did, the world will be a safer place.