The Trump Reset: Part I Collective emotions as a failed predictor of presidential performance 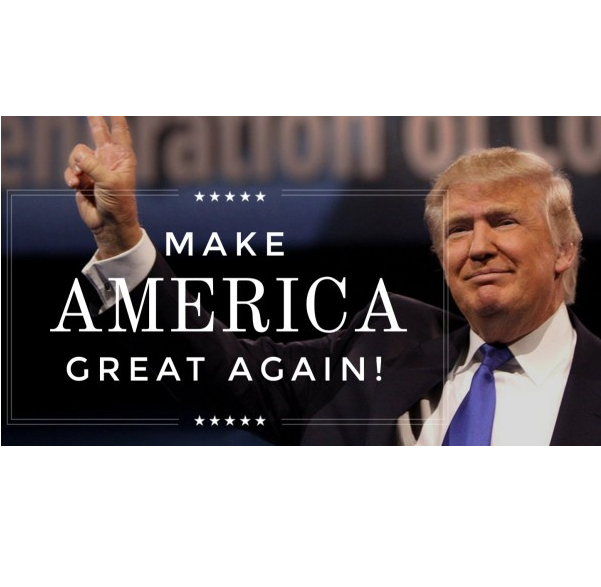 For those that fear a Trump presidency from an emotional perspective, is it as bad as it feels?

Do you remember when people thought Reagan was brainless and held their hands up in despair at an actor being the President of the United States? In contrast to all his detractors’ expectations, Reagan enacted the policy of a strong America and was able to counter the massive advantage that the USSR enjoyed militarily; an imbalance that made war a real risk. Regan’s strong management and clear vision meant that the Cold War stayed cold, and we are all here today as a result of his presidency. Today, the world faces a similar situation with an impoverished and aggressive Russia coupled with the accelerated rise of the Chinese economic and military challenge. Without a strong leader and economy, America and the West will become very vulnerable to expansive aggression, which inevitably will lead to wars.

In 2008, Obama was elected the 44th US president with the slogan "Change we can believe in" and "Yes we can". But sadly, he could not. Since then, we have seen the disastrous interventions and withdrawals in Iraq and Afghanistan that have sapped America's will to intercede militarily in the global affairs. We have seen the two-term office of Obama that, although welcomed with great expectations by the majority, has conformed perfectly to the Five Stages of Empire Model; i.e. that during decline, due to a demographic reversal in relative size and influence, the old underclass ascends to power, but inevitably, such leadership focuses on internal issues and neglects the foreign policy required to maintain the empire’s influence. For eight long years, America and the world experienced Obama’s policies of wealth distribution and the consequential ‘loss of international power’. The breath of how disastrous his polices were for the American people was manifested in the success of Trump's campaign and the Republicans' hold over the House and Senate. The Americans now hope that their great nation will be returned to its former power and influence. Hence, the resonance of Trump's “Make America Great Again” campaign.

The elections of Reagan and Obama represent two examples: pessimism in the case of Reagan and optimism in the case of Obama that proved to be diametrically the opposite to the success and failure of the two presidents. Thus, it is reasonably safe to assume that Trump may yet prove that his presidency will not be the disaster most anticipated, but could well be judged by history as more successful than anyone expects even though the challenge he faces is grave.

Trump rose to power, not as a product of popularism as many like to claim, but from a subconscious drive from a social system/empire in decline with an immune response of “make me great again”. Human groups, when in crisis, always turn to strong leadership, and Trump's seemingly random outbursts touched this primeval cord in the America psychic. On a global scale, it also confirmes to a pattern of the emergence of strong dictatorial leaderships in China, Russia and Turkey; similar to the process that characterised the 1930s and the rise of dictators. The second pattern that it conforms to is the response of the nations within the old Super Western Christian Empire that are in terminal decline and who are collectively desperately trying to find a way to change their trajectory. Interestingly, Britain’s Brexit vote is the exception as it is the only nation that is expanding its relative influence, and although on the surface, the political conditions appear similar, in fact the USA and Britain are at opposite ends of the power curve. That being said, the implications for an imminent, sweeping political change within the EU are now clear to both their electorates and leaders.

One demographic pattern that all politicians in the West should note is that in both the US election and the Brexit vote, the urban electorate chose policies of continuation, while the semi-urban and rural electorate chose change. There could be two reasons for this pattern. The first one is that urban populations tend to be more cosmopolitan and to have higher immigrant ratios and thus, are racially mixed. At the same time, the rural populations tend to comprise of the historically indigenous groups. Secondly, and I suspect more importantly, the difference in population density favours greater collective behaviour in the urban voters than the more individual rural voters whose decisions are based on more objectivity and less collective behaviour. This might explain why the polls have been so wrong, as they are not sampling from  representative strata of society that take new behavioural patterns in account. The message to politicians is to keep the rural voters on your side!

Trump is a maverick outsider from the political class and system that the majority associated with the policies that got America into the current mess. In short, they perceived the situation so dire that they were prepared to vote for a drastic change, distrusting the whole traditional political class, even though it carried with it a fair degree of what I describe as the Donald risk (the apparent randomness of his thought process).

For those that cast their minds back a few months ago, Boris Johnson who effectively led the Brexit campaign, was considered to be ill-suited to high office due to the randomness of his behaviour, and yet since he has been the Foreign Secretary, we have not heard of a single gaff? Why? Because, Maverick leaders when pissing into the tent can be unpredictable, but once inside and pissing out, their behaviour radically transforms to a more acceptable and considered norm. As such and as exemplified by Trump's acceptance speech, I would expect his presidential persona to be very different from his charter on the election trail.

Notably, Breaking the Code of History (BTCH) advocates that leadership choices are a product of the cycle of an empire/system and specific leadership mechanisms manifest at various stages of the cycle. As such, it is worth clarifying once more where America is on its own cycle and thus, why the emergence of Trump was predictable and expected based on the Principals in BTCH. Most importantly, we will discuss the economic environment that could make Trump a two-term president.

In our next article tomorrow, we will review America on the Empire Curve and the economic environment that will shape Trump's policies.

I am amused when people who think themselves superior lose elections, for if they they were smart, they would surely be able to better communicate their advantages? As you say, Trump won because he stuck to simple principles and talked tough. I suspect he meant it also.

A very good point about crowd behaviour in urban areas. As you say, it could explain why pollsters have, again, got their forecasts so wrong. One of the basic assumptions used in sampling is that people make their decisions independently of others. They do not.

Many congratulations on an amazing double call on both Brexit and the Trump election. I do hope that you get the recognition that you deserve for the insights and forecasts that seem well beyond the abilities of most other professionals!