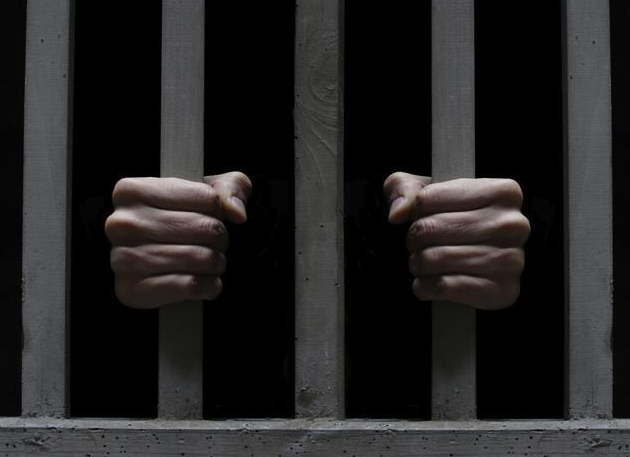 Good leadership requires complex problems be solved by identifying variables, correctly weighting those with the greatest impact and prioritising their resolution to minimise the effect of entropy.

In the case of the Boris government, as described by my Murrination The Second Wave Does Not Require A Lockdown, a second lockdown should not have been imposed. Boris, Witty and Valance have mistakenly focussed on the pandemic using inappropriate statistical measures that exaggerate the real impact. In doing so, they are ignoring  the significant  economic damage that is of a much higher magnitude. In short, they have failed to lead effectively.

The two graphs below published by the National Statistic Office show a very clear picture. 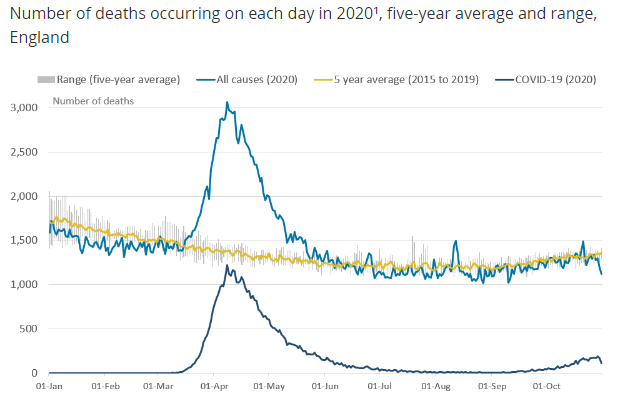 The average death rates plotted over 5 years (in yellow)  show a seasonal oscillation that ranges from an average of 1800 deaths per day in January to a summer low of 1200 per day. From September onwards we have been on a natural daily rise into the end of December. The first wave produced clear excess deaths after a mild flu season where deaths have been lower than average. However, as argued before there are no signs of excess deaths increasing in the second wave. It is important to note that the way COVID deaths are reported will have an exaggerated effect on the numbers. If a person dies after having a positive test within 28 days, they are counted. This would mean a person who has had the virus could have recovered, but then died in a car crash and would still be counted! 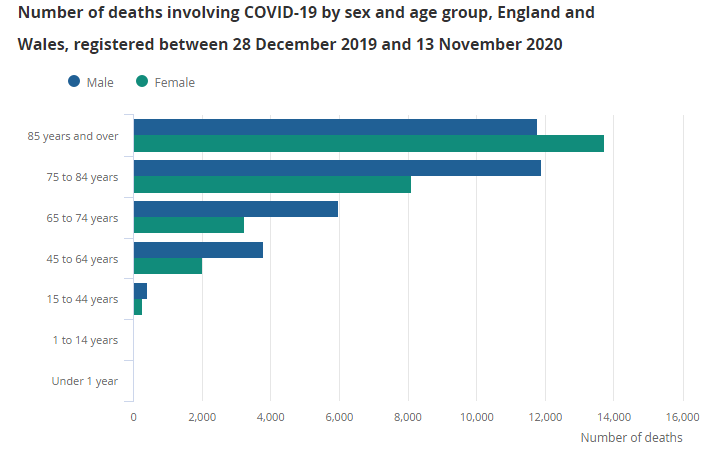 The second graph shows the deaths related to age.  95% of those deaths have taken place in the above 65 age group. The mortality rate in the first wave took place because... 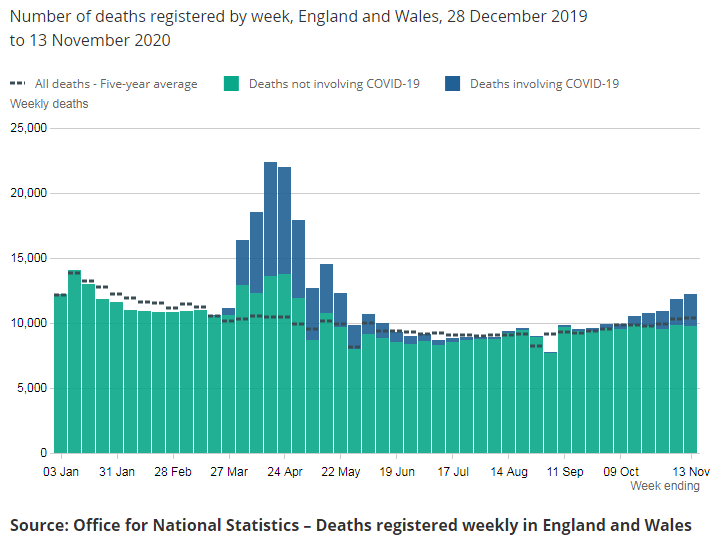 This third graph is very interesting as it shows that a significant portion of the excess deaths in the first wave were not due to COVID-19 and that average deaths have risen in the second wave, but only by a magnitude that is not dissimilar to a non COVID-19 seasonal oscillation around the five year average.

The seeds of poor policy decision making often go back to a specific point in time. In Britain's case, it was our slow recognition (8 weeks from Taiwan's border lockdown on 5th January) that the pandemic was on its way. Most importantly, our failure to isolate the old caused the first wave of excess deaths. Since then we have been fighting the last battle, not the current one.

The correct strategy would have been to...

Britain and the West are descending into the depths of a major and long-term economic crisis. The failure to follow the correct entropy minimising strategy will create huge pressures on the Boris government. Boris's exhortations to keep our foot on the virus when the policy being executed is flawed will not strengthen the nation's resolve, just its resentment of poor leadership decisions.This will, I suspect, be the issue that Boris is most at risk of being deposed over in Spring. However, the politician at greatest risk is Gove who has been an advocate of extreme lockdown measures.  He has claimed that without them, the NHS is about to be overwhelmed. This is a clearly disingenuous argument when the Nightingale hospitals are presently unoccupied.

The frustration and resentment towards inconsistences in Government policies, will only be increased in January by the impact of the ludicrous six day Christmas break from responsible social distancing and safeguarding of the old.  That will encourage the old and vulnerable to once more be exposed to the virus from their families. This is the very sector of society that we most need to be protecting. The evidence from  the surge in new cases after the Canadians following a similar Thanksgiving family get-together policy should remind everyone that it is the above 65s that must be protected until the pandemic has receded.

Above all else, as the economic impact increasingly hits home the backlash against government policy and the recognition that lockdowns and tiers were not the way to respond to the pandemic will cause massive social disquiet in Britain and other European nations.

Next, The Real Economic Cost of Lockdown Policies

This article came out on the 9th December 2020; supporting the view that the data did not support a lock down.Interestingly when the lockdown was enacted its came at the peak of the apparent outbreak, much as investors buy the highs of market places.