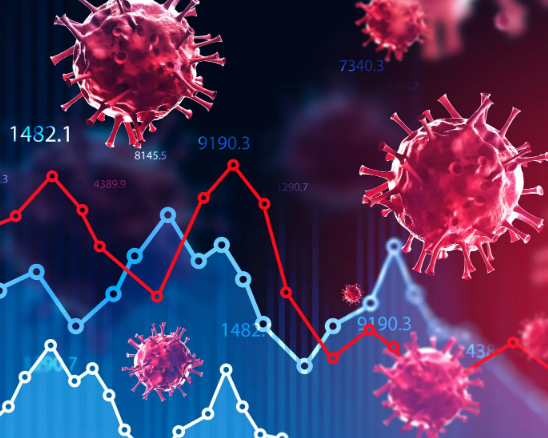 Firstly, I must comment on the excellent words of President Biden over the past 48 hours. There is no doubt that his intentions are good, and his pandemic plans reflect reality. Most critically, Biden's recognition that America is effectively in a state of war, is a vital shift in mindset. Enabling rapid legal and industrial adaptations, to surmount the major challenges ahead.  We  can only hope that a shift to a war time mindset, is swiftly adopted by Britain and the EU.

However, I sadly doubt Bidens ability to deliver a substantive change to Americas fortunes as an empire, due to America's location on the curve of decline. Thus, he faces the toughest challenge of any president for decades if not since Grant.

Further to January's Arkent Update When Hope Gives way to Fear,  I am reminded of the old trading adage, buy the rumour sell the fact. This specifically applies to the US equity market surge from 30th October 2020, which was driven by election expectations of the Blue wave and dragged the world's markets up with it. Rather reluctantly in the case of Europe! That risk on surge continued into Wednesday 20th January and the Presidential Inauguration. Global Forecasters work on forecasting markets and cycles, strongly suggests that we have now seen a major multi-year high in the US markets. Similar to the  February 2020 high, we should see a precipitous fall, coincident with a major risk-off move across the market complex. This bear market has an expected duration over the first half of this year, as reality hits home. The clear reality is that America and indeed the world, is in the grip of a multi-wave, multi-strain global pandemic. A pandemic that has 12 to 24 months to run and which will, in all probability, confound the initial vaccination program, when finally rolled out, more slowly than expected.

Unlike under Trump, who did all he could to deny the pandemic and in so doing only added to the collective delusion, this pandemic reality will be recognised and emphasised by the Biden administration in its efforts to bring the pandemic under control. The harsh economic consequences of continued lock downs, will negate the past and future waves of Government financial aid from the Fed and push America and other nations into a debt crisis. Meanwhile, the increasing economic distress of middle and lower-class Americans will increase the probability of legislative wrangling and a sense of division, unless America can pull together.

Consequently, we all in the free Western world, Republicans, Democrats, Laborites or Conservatives. need to Wish Biden good fortune in his task ahead, as the fate of America in navigating these tough times that will dictate the fate of the free world, as its faces China's accelerated challenge over the next five years.

If you are a financial institution, hedge fund or Family office for more information Financial market Analysis