During the  Battle of Britain in 1940, the RAF faced the overwhelming odds of Goering's Luftwaffe. However, Air Chief Marshal of Fighter Command Hugh Dowding was a unique innovator. Having anticipated the challenge ahead he had created and put into operation the first integrated air defence system in the world. This was his groundbreaking response to the general belief at the time that the bomber would always reach its target. However, the RAF early warning system worked incredibly well. Even under relentless air attack it was this system that allowed the limited number of RAF fighters to maximise their impact, undoubtedly contributing to victory in the defining Battle of Britain.The parallels to the Covid-19 crisis are striking.

Today's pandemic requires similar thinking and innovation. For example, there is a desperate need to accurately predict patient flows to hospitals seven days in advance. This allows them to direct patient flows as well as manage and prepare emergency resources to maximum effect.

I have been working closely with the Swiss company Calyps and their Chairman Martin Schweighhauser in past weeks, enabling me to witness the accuracy of their predictive models day by day. Their system is AI-based (allowing it to become more accurate with more data). Indeed, if fed granular data it can accurately predict flows in areas and direct the patient flow to nearby hospitals according to their available capacity. In summary, Calyps could significantly reduce deaths in the weeks ahead if implemented without delay. The chart below reflects the type of outputs Calyps generates. CHART: situation and forecast UK - 4 days out; cumulative deaths on +/- 2 April will exceed 3000;

A Call For Urgent Help

If there are readers who have contact with end-users in any country, such as hospitals, local governments, and central governments, who are keen to find out more please contact David. Additionally, any investors who may help accelerate the roll out, which is now potentially massive, are encouraged to do the same.

In the meantime, a storm is about to wash over Britain as our casualties accelerate most grievously. Our thoughts are with the NHS workers and the courage it takes them to go back into the fight each and every day, as well as those who are ill and their relations.

Whilst all Western societies naturally seek to protect their vulnerable elderly population, the reality of the situation is deeply disturbing. Old peoples homes concentrate the elderly. The larger they are, the more staff are they require. If one carer becomes infected and then brings in the virus, it will sweep through the population like wildfire. Consequently, as the number of sick sky rockets, the carers will be exposed to high viral loads and will get sick themselves. This only adds to the NHS burden.

No doubt the NHS and primary hospitals will get priority over protective equipment. This fact makes the carers very brave and compassionate people. Sadly, unless the carers live in the home and isolate themselves with the population, infection seems all but inevitable.

There was a comment from the government last week that was deeply distasteful. It suggested that the number of deaths from the pandemic would not exceed those that would die in the next year. In my opinion, this was a grossly misleading and insensitive comment. This is especially the case as it seems the deaths in old peoples homes are not added to the hospital statistics, thus significantly underplaying the overall death numbers.

My next Murrination will be;THE WUHAN REALITY 8: FULLY MOBILISING A WARTIME ECONOMY 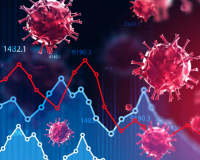 Firstly, I must comment on the excellent words of President Biden over the past 48 hours. There is no doubt that his intentions are good, and his… Read more. 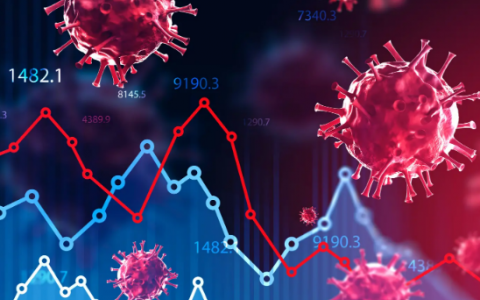