The Wuhan Virus-Freak of nature or Bioweapon? 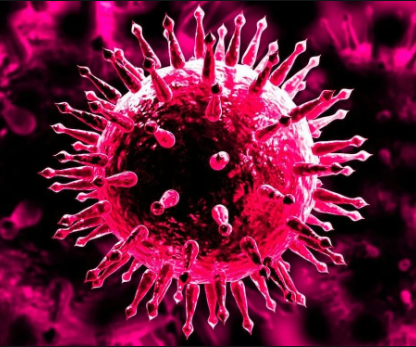 As the Wuhan virus spreads across the world to become a pandemic, there is increasing evidence that the virus may have originated from the Bio labs in Wuhan, which are known to be developing biological weapons, rather than the wet market in Wuhan. The origin of the virus will have direct implications upon the nature of the size of the pandemic. In my chapter on Disease and Empire in Breaking the Code of History I discussed bioweapons as a potentially major threat to mankind.

Four characteristics of infectious disease, be it bacteria or virus, natural or man-made define the relative threat to mankind, as follows:

2 Infectiousness. The faster the transmission rate of a disease, the more widespread the epidemic.

3  Symptomatology. If the signs of infection are obvious, then the symptoms can be diagnosed and carriers isolated. However, if the carrier is infectious before they develop symptoms, the containment battle becomes exponentially more difficult.

4 Mortality rate. The death rate affects the rate of spread. Ebola and Marburg are easily incubated and cause 50 percent mortality. Outbreaks remain isolated as sufferers cannot move far before dying.

The reason that we quickly identified that this Snake/Wuhan virus is like no other we had encountered in recorded outbreaks, was due  to its reported latent transmission properties, i.e. that of the long incubation period of up to 14 days, before symptoms were observable, coupled with its obvious high transmission rate. Qualities that make this virus a very potent threat. Simultaneously we were very aware that these were the ideal qualities of a bioweapon engineered in a modern lab.

However, recognising that wet markets have long been identified by the WHO as places where disease can cross the species barrier, it was natural to assume this was the source of the disease, hence our nickname of the Snake Virus. However, recent indications that even patients who have recovered from the virus remain infectious due to the virus staying in their system, places the weight of evidence heavily to the source being a bio lab. In addition, there are more indications from a number of labs who have sequenced the virus that it shows traces of splicing from other viruses confirming that it was manmade. We would expect confirmation of this to become more widespread as the epidemic accelerates.

The nature of this virus and its transmission properties, both pre and post symptoms, suggests that it will spread at a rate that is uncontrollable without immediate and total lock down of every nation on earth. Whilst this might be the ultimate outcome, it is unlikely that the measures will be taken in time. Thus it is our assumption that infection rates will ultimately be very high. We also must assume that the numbers relating to the spread of the virus are consistently 7 to 10 days old because of the delay between a test being taken and results being noted and also a state policy of delayed release of results to try and manage public perception.

With respect to the mortality rate, we can take comfort that it is currently relatively low, though in regions like Africa without comprehensive medical support, that percentage will inevitably be much higher. However, there is still a risk that having accessed such a large a human disease reservoir, the virus will increase its mortality rate, and the larger the number infected the greater the risk that new more dangerous mutations will emerge.

Two Quotes from Breaking The Code of History 2010.

Despite our best attempts at scientific advances, disease will constantly find ways to mutate to counter new cures, ensuring that man’s war against disease will be ongoing and protracted.

As if our struggle against naturally occurring disease were not challenging enough, our downfall could be in our own hands should any of the biogenetically modified biological weapons that have been developed ever escape the laboratory through human negligence or terrorism. It is uncertain whether the containment of such a catastrophe would even be possible.

Sadly at great cost in lives and economic impacts, I fear we are about to find out if such a virus is containable – or not.

In "Uncanny similarity of unique inserts in the 2019-nCoV spike protein to HIV-1 gp120 and Gag", Indian researchers are baffled by segments of the virus's RNA that have no relation to other coronaviruses like SARS, and instead appear to be closer to HIV. The virus even responds to treatment by HIV medications.

If this is correct, then it would also link with the report from an American Doctor on CNN who noted that the high post-viral load of recovering patients continued to make them infectious. This would certainly be a desirable quality for a Bioweapon as not only would it continue to propagate the virus, but like aids, it would extend the duration of a post-infection recovery demanding more of a nation's resources. However this has yet to be confirmed.

China will admit coronavirus coming from its P4 lab - Gnews

https://gnews.org/89749/ The idea that the Chinese Government would admit such a mistake freely is unthinkable. However they may feel that with the release of the gene sequence of the virus, they will be exposed and are  awaiting such external pressure. However if this is correct this would explain why the Chinese response has been to lock down the whole country.The question then arises as to how the virus escaped a secure laboratory. The most likely possibility is a disgruntled researcher who held a grudge against the state and smuggled the virus out by possibly infecting themselves and they then went to the wet market 20 miles away to cover the release of the virus and delay the Chinese authorities response. However this has yet to be confirmed.

Is the Virus  Gene Tagged?

I have heard some mutterings that the virus targets Asians in particular and goes for the Lungs causing secondary pneumonia. Although there is no evidence to the contrary as of yet.This is not as crazy as its sounds as with gene manipulation it is potentially possible to design viruses to only attack certain gene pools. If this Wuhan Virus is gene tagged then the question has to be asked as to why a virus that attacks Han Chinese, would be in a weapons Lab? Unless it had been developed to research ways to create antidotes to such weapons. However this has yet to be confirmed.

The Chinese released the DNA sequence relatively rapidly, enabling many research groups across the world to start work on a vaccine.However, the fastest flash to bang in the past viral outbreaks  has been 7 months. So 3 months would be an optimistic time frame. Additionally, as whole populations will need to be vaccinated, this will require a vast production effort. Thus the non-infected nations need to buy time with effective containment of the spread of this virus. However due to the latent nature of the Wuhans transmission process, the horse may have already bolted.

China has banned funerals, burials and other related gatherings involving the corpses of deceased victims of the coronavirus. This more notably recognises that  dead bodies due to the high viral load, represent a significant transmission risk.