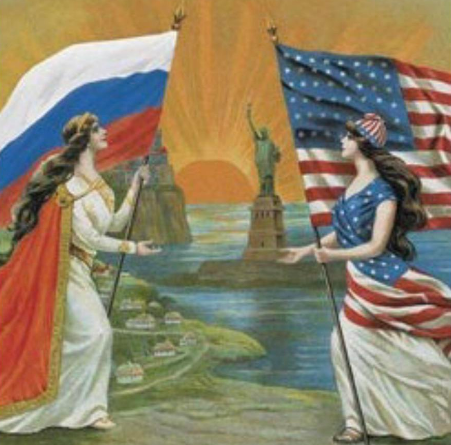 America and the West face three interlinked military crises points that in all probability will flare up in Q1/Q2 of 2022: the invasions of Ukraine and Taiwan and the nuclear breakout of Iran. The most critical of which is Taiwan, because if it falls then it is likely the CCP will follow Hitler's algorithm of expansion and South Korea and Japan will be next, and then it's game over for the rest of the world with some 60–70% of the world’s manufacturing base under CCP control.

Meanwhile, if Iran attempts a nuclear breakout there will be war with Israel and its Arab allies that could lead to the third nuclear detonation in anger, cutting off the flow of oil to the world in an energy crisis as yet never experienced.

Lastly, there is Ukraine, which if occupied by Russia in an invasion will be humiliating for the West with its current stance, but not as strategically consequential as the other two outcomes as NATO will still be intact. Indeed, with no direct or effective economic counter available to the West to prevent Russia from invading Ukraine, an invasion is now all but inevitable. Thus, it is time for a new American geo-strategy, one that invests in loss, and in so doing lowers the probability of all three events happening at once, which would overload Biden’s capabilities to effectively respond.

To rigidly resist Putin's demands will inevitably result in a significant loss for the West which follows on the heels of the route from Kabul. However, the alternative strategy is the concept expounded in internal Chinese martial arts of investing in loss, where one yields to an attacker by moving backward whilst remaining in one’s centre and thus balanced. At a key point, the attacker will overextend and thus make themselves vulnerable to being moved, using their momentum against them.

The conduct of the West post the fall of the Berlin Wall was shamefully not akin to the McCarthy reconstruction programme post-WW2, which turned Germany and Japan into Western democracies and allies. But rather, as Putin has long claimed and which is now supported by Mikhail Gorbachev's recent statement, the US grew arrogant as did the EU and treated the proud Russian nation with victor’s hubris, migrating both NATO and EU eastwards into the traditional buffer zones that protected Russia itself. Putin's rise and agenda were a direct response to those expansive dynamics and funded by a new commodity cycle both transposed into the rise of a resurgent Russian military power seeking to push back.

Ukrainians are not Russians, but they do live in a country that acts as a buffer zone to access the Russian heartlands. Because there are no natural obstacles to an invader, distance is Moscow's only protection. Thus much as China views Tibet as a gateway that it had to hold, Ukraine is a critical holding within the Russian architecture of its security planning. However, Ukraine's first links with the West came as it was persuaded to give up its nuclear weapons post-1990 and, in return, America agreed to guarantee its security. A guarantee that looked good for over 24 years until the invasion of Crimea in March 2014. However, what dramatically changed the equation was when Putin via the Syrian government violated Obama's chemical red line in Syria in July 2013. A boundary that had been enunciated a year earlier by President Barack Obama. However, then Putin went further and humiliated the egocentric Obama’s impotence in an open New York Times letter. Obama’s response was to increase support for the pro-Western Ukrainian movement. However, the reality is that this was an act of hubristic overextension, beyond the West's true sphere of influence. To Putin, it always has been about the defence of his Russian sphere of influence. But for the West, it's just a bridge too far. As such, the Ukraine and the West will inevitably lose this struggle. Posing the question as to how could an inevitable defeat be turned into a victory?

If we, Global Forecaster, were the advisory to Biden in the pending US–Russia summit, we would advocate the following strategy:

If such a long-overdue agreement were to be reached, the risks concerning Taiwan and  Iran would fall dramatically. In reality, if Britain and America could make a pact with Stalin to defeat Hitler in WW2, we today can do a similar deal to defeat the CCP. Because however bad we think Putin is, he exhibits only a fraction of the evil of Stalin.

This picture of two old dictators about to play ice hockey made us smile, as they look like two overgrown naughty boys is humanising. So perhaps the West should engage them as such, but without the persona of American arrogance that got us into this mess in the first place. It is just lucky that Putin has not encouraged Biden onto the ice just yet! 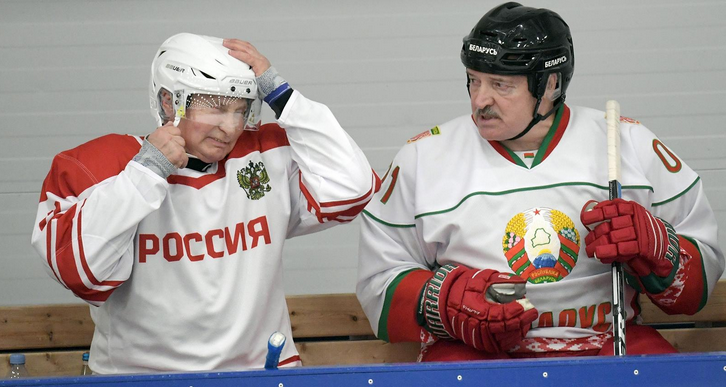