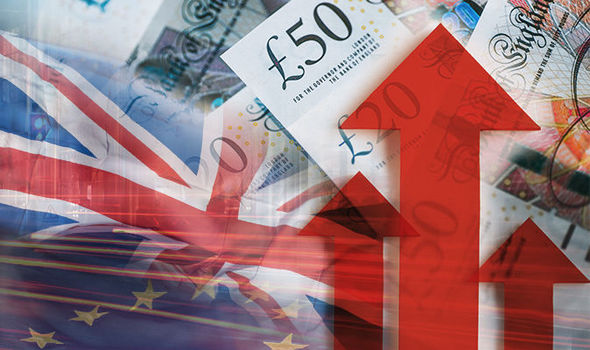 Listening to the Remain parties rattle off their prophecies of doom if we leave the EU, and its multitude of negative effects on the economy and business, is in opposition to the apparitional energy of the nation.

Below are thirteen ideas to supercharge the British economy with economic vibrancy post Brexit:

1.     Create a new form of political party that combines wealth creation with effective wealth distribution. This would create a larger vibrant economy that is more inclusive to every part of the nation from north to south and from the poor to the wealthy. Vital to which is an increased level of connection and ease of transportation to every corner of Britain. This would create a sense of fairness and equality within British society: mobilising a true inclusive meritocracy.

2.     Initiate a campaign to define Global Britain’s multicultural national values.  As Britain embarks on the next phase of its expansionary cycle its critical the we clearing define what it means to be British and our collective values of our new inclusive multicultural society. Initiating a new sense of nation and identity, into which immigrants can integrate. Much as America did in the late 19th century post its civil war.

3.     Encourage a new concept of national efficiency. In all parts of Government and state activity, restructure large government bodies like the MOD and NHS which are currently failing the nation due to over administration. Make Government and these two institutions leaner and more efficient, embodying global best practice so that when spending more means we really get more!

4.     Encourage personal responsibility in our health and vitality. Across all elements of society, starting with education in schools with meals and habits that reflect healthy choices, to a new sense of social self responsibility generally for our own heath, rather than abdicating responsibility to the NHS. This would energise our workforce creating greater productivity and well being.

5.     Education is our future. Review and Invest and motivate state schools to attain higher standards of value added education focusing on raising the standards in the lower IQ pupils as well as the top end. This includes broadening life skills in the form of leadership and management abilities through out of bounds exposure for children. With respect to University, all student loans should be taken back from private holdings, with their penalising 6% interest rates, into state ownership, funded by the treasury at current market rates. Whilst recognising that more higher education is a positive contribution to the nation there should be a scheme that encourages results. i.e the top 20% of degree results should receive 100% student debt forgiveness and the next 20% half of that. All student loans should be paid back from gross earnings and thus be tax free.

6.     Commit to a migration to a flat tax of 20% over the next three years. This would significantly reduce tax avoidance and the need for the large number of HMRC employees and complex tax laws, motivating all elements of a hard working and creative society. This measure would also attract a massive wave of new international capital to further stimulate the economy.

7.     Refinance the national debt and issue more to cover the future investment deficit. The Treasury should use the low interest rate environment to refund all its current debt and then fund its budget deficit for the next three years. The extra deficit funded investment should only be invested into infrastructure and services that will enhance the future growth of the economy to help pay back the debt.

8.     Freeports. Introduce a network of unique port or airport facilities where normal tax and customs rules do not apply. At a freeport, imports can enter with simplified customs documentation and without paying tariffs. Businesses operating inside designated areas in and around the port can manufacture goods using the imports and add value, before exporting again without facing the full tariffs or procedures. These will have knock on positive effects for the surrounding regions and create international hubs within Britain.

9.     Become a centre for climate change technology. Britain should aim to become the worlds centre for this new and much needed arm of technology. Including new energy sources and climate mitigating technology’s. Export to the rest of the world will become a major revenue earner for the nation.

10.   Defence industry Invest heavily to increase our own defence and then to export our technology to our allies. The type 26 Frigates to Canada and Australia, and the potential interest of India to buy our carrier designs are clear examples. The increase in exports could go a long way to mitigating the increased investment so needed in our own defence, creating jobs and bigger company’s and tax revenues.

11.   Lift the entrepreneurs tax cap. Encouraging new start ups is critical to the future growth of the nations economy. As such the £10M cap on entrepreneurs relief should be faded out.

13.  Create a national entrepreneurs fund.  This would attract natural creative leaders to create more for everyone. This fund would have to be run by creative and visionary financiers but if successful, will mean that new ideas are given the best chance to manifest. It should include a course to allow new business to best structure themselves for investment at an early stage. It should also receive funding from wealthy immigrants, garnered as part of the current pay UK entry process. Most importantly it would provide equal opportunity for business creativity, as did the lottery money for sport that encouraged a nation of world class sportsmen and women.

These ideas are in line with our Vision Britain Campaign 2025 and the needs of any system such as Britain as it moves into its expansionary phase post its civil war. So whichever party expounds and executes some or all of these ideas will preside over a prosperous, innovative and relatively happy British society and win the next election in just over three weeks.

Answers on a ballot paper in three weeks.....