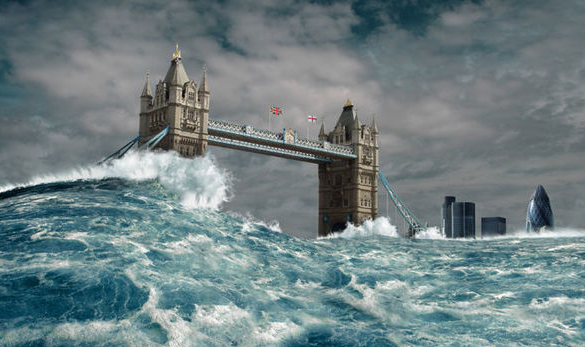 Who is the happiest leader in the world today? I would imagine that it is China’s Xi. As he looks out at the West he sees the deepening economic crisis in the West caused by a disastrous pandemic response. This is occurring whilst his economy is switching to an internally fuelled consumer society and powering ahead, closing the gap with the West at an unprecedented rate. It is China's success that adds urgency to an already dire Western economic condition. Without economic recovery and strength, it will be immeasurably harder to fend off the Chinese challenge. For the nations of the EU and America, I fear that the cycle of decline that they are riding will make recovery much slower and more painful than most expect today.

For Britain, in its Second Phase of the Five Phase Life Cycle, the prognosis could be very different. Normally in this phase of the cycle, a nation has ended its civil war and in the process created a highly capable right-brained leadership structure. But, it is suffering the consequences of a war fought across its homeland and thus has a greatly impaired economy and debt load. Clear examples are the English and American Civil wars.

Applying this model to Britain today, we have a developing right-brained leadership honed by overcoming the challenge of the pandemic. Our focus has just turned to increase our military power. However, we have by our own self-destructive leadership choices impaired our economy and taken on a mass of national debt.

How Bad is the Current Economic Criss?

Well, as I have been predicting since the pandemic's onset, the economic challenge is without a peacetime president. The true gravity of the situation has been masked by the flood of money provided by QE into stock markets, falsely maintaining their value. On Wednesday 24th November in his speech to Parliament, Rishi Sunak correctly outlined the magnitude of the problem when he said Britain's Economic emergency has only just begun, with the current cost of the pandemic response standing at £550Bn. This places the national debt at record levels for peacetime at just under 100% of GDP(compared to 190% in WW1 and through the 1930s depression and 230% in WW2). There is no doubt that with the current government lockdown strategy, this debt will increase into the summer of 2021. Meanwhile, the economy has shrunk by a staggering 11.3% this year, the largest fall in 300 years. Yet, the crisis far from over and is only deepening.

The duration of the lockdowns and the structural consequences to the majority of businesses that will ultimately go under will inhibit any chance of a swift bounce back and increase the unemployment rates to higher levels than expected. In all probability, this will ultimately peak above 10%. The problem is that the unemployed as a direct consequence of economic lockdown will combine with long term structural changes in the way British business operates. This is includes the incorporation of remote working, AI and automation in the work place. Whilst the sectors of the economy that have survived will no doubt see massive productivity gains, the sectors left behind will need massive government support and delicate political management.

The Only Way Forward; Bold and Decisive Policies.

So the question on all our lips has to be; Is there a way out of this debt trap for Britain? Well, it is certainly not to constrict growth by raising taxes! That would be disastrous. However, the good news is there is a clear path through this minefield by supercharging our economy to grow out of this fiscal and economic hole. To follow this path, we need bold leadership from Boris and Sunak. Especially when habits of the past will condemn us to almost certain failure.

Only fixing the national debt into long term structures and sweeping tax cuts will offer an escape route from the external challenges of stagflation.