Western Leadership Part 5: Decline and The Rise of The Anti Hero 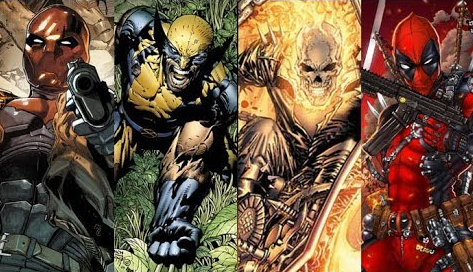 5.0 Decline and the Rise of the Anti-Heroes.

We all have a clear picture of heroes and anti-heroes ingrained in our minds. Every member of a human society will have such archetypes. Using my theory of human anti-entropy, the definition becomes rather specific. Heroic energy strengthens the anti-entropy of a human system whilst  the energy of the anti-hero weakens the human system. This energy is personified in a nation's leader.

As an empire declines, it shrinks. The energy of fracture increases as smaller groups seek to follow strategies they believe will optimise their future. As resources and wealth decrease, competition and polarisation increase. Consequently, so do acts of large-scale street violence.

In the Byzantine Empire during the time of Justinian The Great (AD 527-65) the Eastern Roman Empire had polarised into two factions; the Greens and Blues. Their opposing politics within government spread through the population. The result was that both parties regularly ran riot in the streets fighting each other. Similarly, as the Dutch Empire moved into decline society split and polarised into Republicans and Royalists, otherwise known as Orangists. Ultimately, the Royalists recovered power in a violent revolution and placed William of Orange on the throne. This move ultimately saved Holland from being aggressively subsumed by some combination of Britain, France and Spain as it led to the effective unification of Holland with England through Protestantim. Both examples of division and fracture accelerated the weakening of their respective empires. In Britain’s terminal phase of decline from 1955 to 1970 trade union driven strikes and violence significantly increased. Today in America the polarisation between the Democrat and Republican movements is equally as wide, and potentially as violent.

During decline there is a profound cultural shift expounded in the leadership that works its way down to those at a grassroots level. This shift is one from leadership’s responsibility being to serve the collective to serving themselves. The result is a rise in narcissism across the system from the leadership down. Simultaneously, this resonates with society and feeds back into leadership. A negative loop is formed which leads to a trend in the rise of leaders with increasingly narcissistic qualities. These are the anti-heroes. This is an extremely self-destructive collective behaviour as a system that needs heroic leadership to stem its decline chooses destructive leaders who weaken the system and accelerate decline.

This is the underlying social mechanism behind the Trump presidency. He has taken his narcissistic behaviour to such extreme levels that he has made himself vulnerable to Biden's belief in service to the nation and empathy being core components of his presidential campaign. Simply replacing Trump for Biden, however, will not eradicate this social trend within American society. To turn America around, the nation's culture needs to shift to the concept of individuals serving the nation. Historically that only takes place in the presence of great danger that requires the nation to bond and work together to survive. Today, China is just such a force acting upon America, but the question is can Biden use it to shift the national culture to prioritise working together and serving the nation? At present that outcome seems beyond him, but perhaps the next president might be able to after conditions have worsened further in America.

In the ancient polytheistic empires', factions that broke away from the establishment often followed new gods as the old ones appeared to lose their power. Indeed, it was no coincidence that as Rome declined the adoption of Christianity increased to the point of becoming a majority by the reign of Constantine in 312. He decided to make it the official religion of Rome after his victory at the Milvian bridge. In the modern world of the one true god, switching allegiance is not an option. However, in the Western world the rise of superheroes in the Great Depression of the 1930’s was the existential manifestation of the need to be saved by a higher power when all seemed desperate, combined with the concept of creating a collective vision of how great and heroic leadership should look to inspire the collective. decades of decline. It indicates just how serious America's predicament is today. Similarly, in Britain after 1945 the national culture turned to inspiration from its war heroes and their incredible stories.It is no coincidence that the superhero franchises in America have been taken to dizzying new heights over the past two decades of decline. It indicates just how serious America's predicament is today.

Britain’s decline had commenced from 1942 as America increasingly became the dominant partner in the war. After 1945 Britain’s decline accelerated as it gave independence to its colonies over the next decade. However, the key moment when the reality of decline became obvious to the world was the Suez Crisis in which America forced a humiliating retreat upon Britain. The Prime minister of the time Sir Anthony Eden, whose aspirations were to step out of the shadow of Churchill by taking definitive action over Suez, was forced to resign. He became Britain’s first anti-hero.

Macmillan did all he could to repair the damage done with America and refocus the nation's diminished horizons from global to European. However, the faltering UK economy created political ruptures on top of a sequence of scandals. The most damaging of these was the John Profumo affair that caused Macmillan to resign and become the second anti-hero.

The greatest in the anti-hero sequence was Harold Wilson. Although domestically he did much to reform and modernise Britain’s laws and social structures, his foreign policy did all it could to preserve Britain’s role in the world without committing to the Vietnam conflict for political and economic reasons. This was the period when the full effects of a collapsed empire manifested in an overstretched military and a massive £400 billion balance of payments deficit that caused a sequence of sterling crises and devaluations. The result was a withdrawal and the end of the Empire. Unsurprisingly, he lost the next election in a reaction not too dissimilar to Obama’s great power giveaway that resulted in Trump's election. In this case, it was Edward Heath who presided over an ineffectual attempt to restart the British engine. His failure and addition to the hall of anti-heroes led to the return of Harold Wilson and the ushering in of the most extreme version of wealth distribution politics that further weakened the British economy to the point of historic unemployment. His socialist tendencies were realised when he tried to tax the rich with income tax levels as high as 99%. With Britain heading for a brick wall at great velocity, Wilson stunned the nation and resigned after only two years, cementing his role as the greatest of the anti-heroes in British decline.

Wilson hospital passed the country to James Callaghan who presided over the Winter of Discontent in 1978-79 in waves of strikes that forced him out of office. This paved the path for the arrival of the hero Margaret Thatcher who restarted the British cycle.

Clintons' presidency laid the foundations For America's decline with the hubris that American power had won the Cold War and that all of its enemies had been vanquished. As a consequence, Clinton failed to act with definitive action against the threat of Al-Qaeda against America's overseas and domestic interests. This failure in turn contributed to the attack on the twin towers which then forced America into a strategic course that accelerated its decline and distracted it from containing the rise of China. Additionally, Clinton besmirched the President's office with his blatant lies regarding Monica Lewinski and in so doing commenced the moral decline of America.

Next came the earnest and well-meaning Bush junior who was hijacked by his father's advisors, Dick Cheney and Donald Rumsfeld. They pushed him into actions that were driven by the Neocon's global agenda. In a process described as justified self-defence following the twin towers attack, Cheney manipulated information and the American public to invade Iraq and depose Saddam on false premises. This included the  instigation of torture, rendition and an assassination program in Iraq that corroded America's moral imperative, essential to maintaining self-belief in the control of its Empire. Thus, Bush, Cheney and Rumsfeld became the first of the true American anti-heroes.

As a member of the underclass, his rise signified a demographic shift in the composition of the American population. This drove his priorities of social integration at the expense of maintaining the empire’s boundaries and external power. China and Russia wasted no time and moved into the power vacuum left by America. Thus, Obama became the president of the decline. Additionally, although masked by his superb communication skills, his narcissism was apparent. This can be seen when he prematurely announced the death of Osama Bin Laden after his special forces had risked their lives and came home with an intelligence gold mine that was negated by his immediate gloating announcement, driven by an eagerness to appear strong. For his 8 years in leadership presiding over the diminishment of America, Obama joins the hall of anti-heroes.

Critically, Obama laid the foundation for the slogan ‘Make America Great Again’ to reclaim its lost hegemonic statu. His origins outside the established political structure made him broadly appealing to a desperate population. Most importantly, he was perceived as America's best hope to regain its hegemonic power. Whatever his policies, those that emulated Reagan and America's glory days were going to have a strong appeal to the public. These policies included the outing of China as a hegemonic challenger and the stimulation of the economy. However, the downside was Trump’s erratic narcissistic nature which broke organisational bonds within the government and between America's allies, corroding the fabric of American power. His failure to act effectively against the spread of the pandemic was the clearest example of how he placed himself above those he led. He believed correctly that lockdowns would damage the US economy, the lynchpin of his election campaign. He refused to act decisively and denied the impact of the pandemic. In doing this he made it worse and demonstrated how deluded he had become. In summary, Trump’s dishonesty and delusion diminished the office of president and thus America. As such, Trump is so far the greatest of the American anti-heroes.

So, how will Biden fair? I would guess similar to James Callaghan; average, lacklustre and unable to stem the tide of decline. I will elaborate in my final part of this sequence of Murrinations.

Part 6: Heroes of the Future 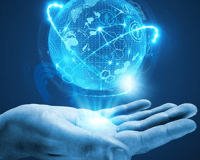 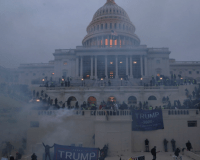 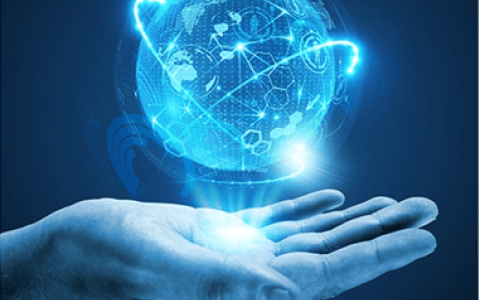