What next for Britain? Part I 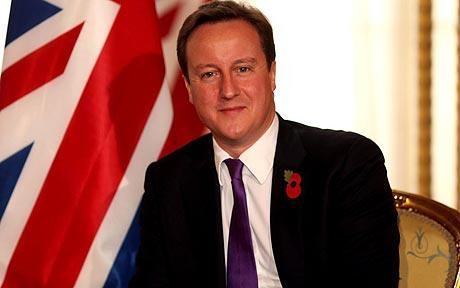 The five stages of Empire model for a democracy recognise that there are two fundamental drivers to the political forces within a society. On the one hand, the forces of wealth creation for the nation, and on the other, the forces of wealth distribution to the people. These two forces interact with each other differently according to their location on the cycle. On the way up during expansion there is a greater propensity to wealth creation (and expansion), and on the way down to wealth distribution (and inward looking policies). At various times along the curve there are key points that define not just the election, but as well the political landscape for decades ahead. In the 1906 election the forces of liberalism, as represented by the Liberal Party, swept the Conservatives aside under Arthur Balfour. This marked the beginning of a long phase of wealth distribution that only petered out with the arrival of Margaret Thatcher who marked the swing back to wealth creation. So powerful was that swing that in recent years under Blair, even the Labour Party operated from the centre. Only in the past five years, Labour, under the influence of the unions and their chosen leader Miliband, attempted to return to the heartlands of wealth distribution politics with disastrous consequences. How many people today have heard of the Whig Party? Once the liberal and progressive voice in British politics and now erased from our memories. Will that be the fate of the Labour and Liberal Democrats?

The synchronicity of the combination of May 8th announcing UK’s election results, the product of the oldest democracy in the world with the VE day celebrations of victory over Germany in 1945 was a powerful reminder of the price of freedom. One that we should all remember and that should make us thankful for the numerous British citizens who lost their lives in both World Wars to give us the right to freely choose our national values and leadership. Notably, in the decade post WW2, voters’ turnout averaged around 77%, the effect of a generation that had paid such a high price for their freedom. Since 1990, this turnout dropped to as low as 60% in 2010. This 2015 election came in at 66% showing that the current generation is beginning to take a greater interest in our nation's future, though mostly in Wales and Scotland driven by nationalistic forces. I would suspect that as Britain becomes more successful and its self-identity increases once more, the voter turnout will continue to increase.

If there is one clear lesson that the elections should etch in our memories, it is that in markets when everyone believes that there will be a certain outcome to an event, there is always a surprise. This election was just such a surprise. One certainly has to ask why the polls got it so wrong? Especially, when politicians pressing the flesh have subsequently reported that they detected a shift in electoral views that was not represented by the polls. Meanwhile, both parties adapted their strategies in responding to the ongoing poll results. The good news is that the electorate was not affected and knew its own mind. A lesson that politicians should never forget.

Today, Britain is moving into uncertain waters, as it is the only western country that having built and lost an empire, is in the phase of expansion once more. Whilst this has happened before in history, it has never been played out in a democratic Western nation.

In previous Murrinations, (2014-12-15) we have predicted that Britain is the only nation within the old SWCE (the Super Western Christian Empire) that is in phase of expansion, post the loss of its empire. This expansion, like all others in history, as it undergoes a new phase of regionalisation is driven by expanding demographics. Such a concept of British ascension, whilst the rational conclusion derived by the application of the principals of the Five Stages of Empire, is hard for both myself and many of the British population to reconcile emotionally. However, that too is consistent with the Empire cycle, as national self-confidence has yet to be built to a point where collective self-belief is manifested on a daily basis within society as signals confirming the expansion of the UK continue to appear.

Viewed through the lens of the five stages of Empire, Britain is at the end of its second regional stage and would, if not for democracy, be in all probability subject to a civil war to define its new values going forward.

One of the key stages at the end of the regionalisation phase is a civil war to determine the very values of the nation and leadership going forward.

Instead, democracy is containing these forces that can manifest peacefully a significant achievement, when viewed from a human historical perspective, where war has been the normal methodology used to settle these situations, especially in rigid national hierarchical leadership structures.

Whether the Conservatives had lost, or parliament was hung, or as now with an outright majority of seats, the next five years are all about redefining the British political model of governance, the electoral process and most of all Britain's self-identity.

With the Conservatives in power, this evolutionary phase will be a much smoother process than it would have otherwise been. I was struck by a map printed on the 6th of May in The Times that showed the 2010 election results. Most of England was a Tory blue and only a few inner cities were red, the result of the labour government manipulating the electoral boundaries in their favour. Such a travesty could not be undone by the Conservatives because they shared power with the Lib Dems who blocked any such move. Consequently, the failings of the current electoral system were made starkly clear by UKIP’s plight; with 14% of the total votes (equating to 3.8 million votes) they only won one seat. Meanwhile, the Lib Dems won 7 seats with 2.5 million votes. In stark contrast, the SNP won 56 seats with only 1.5 million votes. For a nation that prides itself on the concept of fairness, our electoral system is clearly not up to muster and needs urgent and drastic reform. Hence, I would predict significant electoral reforms in the next five years towards proportional representation. I can further see no impediment to this process, as the introduction of such a system would benefit the Conservatives.

There is potentially another

There is potentially another interpretation more pessimistic than that discussed. The "English" empire is potentially under threat with a breakdown into its constituent parts. Scotland and the independence issue has not gone away. A federal solution may be a way forward but this means huge political reform and may get out of control. At some stage England may need to consider English interests above those of the other parts.

There is potentially another......