What next for Britain? Part II 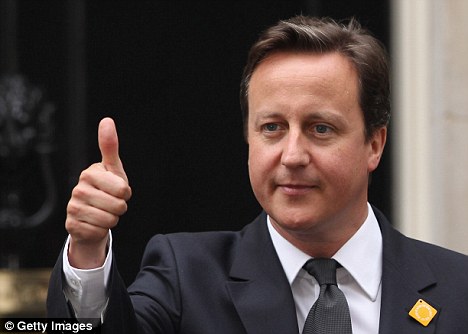 In 2014-09-23 11:22 I wrote “A well-educated electorate allows the majority of voters to understand the logic behind complex arguments that they are expected to vote on." In this regard this election has demonstrated the wisdom of the British electorate, in choosing the appropriate leadership for the nation’s growth cycle. One of the core BTCH observations was based on politicians either being on the side of wealth creation (Tories and Republicans) or wealth distribution (Labour, Lib Dems and Democrats). I went on to expect that, if I was correct in my positioning of Britain on the empire curve, after two terms of wealth distribution under Labour and a neutral term under the coalition, there would be a powerful swing to the forces of wealth creation.

UKIP’s emergence represented just such a force, as it occupied the old Tory right ground, outflanking the Conservatives. The effect has been to draw Cameron to the right as a response to the British electorate’s wishes. Thus, the collapse of Lib Dem and Labour support is partly to do with the weak leadership, but more fundamentally it is a rejection of the concepts of wealth distribution, before we are once more in a position to follow such lofty ideals from a state of solvency. The only thing that prevented the Labour vote from collapsing in the UK as per the Lib Dems was the welfare system they championed that in effect paid people to vote for them. This created a floor of electoral support. However, after the Conservatives have been in power for five years and reformed the welfare state to encourage everyone to work, this last bastion of labour support was removed. To have any chance of survival, Labour will have to move to the centre and restore the values of the Blair years.

Meanwhile UKIP, a catalytic party of protest, is owed significant recognition for its role in the move to the right. However, it needs to transform from a party of protest to one that can potentially govern. If it is successful in this objective, I predict that it has every chance that it could supplant Labour and become the Tories' main competitor. This would mean that the British political scene for decades to come would be positioned to the right of centre, expounding values that are typical of nations moving out of regionalisation.

The dynamics of the Scottish vote should not be dismissed. I am sure that Cameron recognised his debt to Nicola Sturgeon’s arrogant statement that she would be holding the reigns of political power in parliament via Labour government. That comment was both arrogant and self-defeating as it aroused English nationalism, and shifted votes to the Tories. I suspect that we will see a similar pattern in the House of Commons on critical votes, when tribal nationalism comes into play. This will to some degree mitigate the Tories' narrow majority and make governance easier than currently anticipated. Notably, the rise of the SNP could partly be construed as driven by nations, but even more so by the banner of wealth distribution politics, which will place it firmly at odds with the wealth creation policies of the Tories. The answer would seem to give Scotland as much financial independence as possible, but to make them balance their budget, and to not borrow as significantly as they do presently from the UK. With oil prices expected to remain low until 2018/2019 a bucket of clod financial reality may dampen Scotland's independent streak.

With Britain under good governance and undergoing increased national prosperity compared to Europe, the 2017 EU referendum will in all probability result in Britain leaving the EU (if the EU has not collapsed before then). This will be another victory for UKIP that will validate its place in the political hierarchy of Britain.

The one policy that was never discussed during the electoral debate was defence. This was a terrible omission, and one can only hope that, now the Tories are unencumbered by the Lib Dems, in a world that is fraught with danger, they will redress of serious defence inadequacies, and stare to reinvest in our national safety and security.

"Sadly, despite many positive aspects to Britain’s future potential growth, we have not found the strong leadership that we need to forge ahead."

The good news is that Cameron did most certainly display strength of charter during this election and in so doing came of age. Additionally, with Boris in the cabinet the government can only be stronger. For the political sceptics, we cannot judge this new cabinet by the past, as it was hamstrung by a coalition which moderated all its traditional Tory policies. Whilst many pundits claim “Though it has produced a majority, this election has set the stage for five years of division and disunion”, I would disagree, as I fear that the Western world will face some horrendous challenges in the next five years: two years of deflation, the collapse of the EU and the military challenges from Russia, the Middle East and China. Britain is now better placed than any other country to come out relatively strong providing a new leadership for the Western world. So I would have to say that I am more optimistic for Britain’s future today than at another time since Thatcher left office.

Lastly, there is a message for America in its upcoming elections. I believe that the move to the right in British politics is not just British, but part of a swing across the Western world, and especially in America, where it has lost so much ground on the global stage. I will confidently predict that the next US President will expound the values of wealth creation which means he or she will be a Republican who will also control both Houses simultaneously, so Hillary weep away as your time has passed as did Ed Miliband’s.