Why do we not Remember? 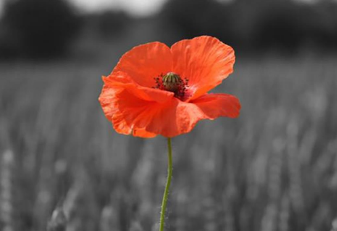 Today is the 11th of the 11th. The day where Britain remembers its war dead from WW1 onwards. However, the question has to be asked, are we honouring our lost generations sufficiently by just remembering them on one day a year?

War is something every so-called civilised society finds repugnant and has done for well over a century. It places our most valuable possession, our children, in harm's way. Yet wars keep happening with a relentlessness. So when will we learn that it takes two sides to make war?

Put simply wars are caused by an expansive and aggressive Nation seeking to impose their will on another, apparently vulnerable nation or people. Only when the perceived vulnerable nations fail to deter the aggressor does the war break out.

Thus it was that Britain as the global hegemony, through liberal policies whom failed to deter the second German Reich from a continental invasion in 1914. The true story of WW1 and how Britain won the war is detailed in my book Lions Led By Lions.

Surprisingly even after the most traumatic collective losses in British history for a millennium, we once again failed to learn our lesson. As once again in the run up to 1939 Britain failed to deter Hitler's ambitions and war broke out.

The exception to this pattern was that the cold war stayed cold because NATO effectively deterred the aggressive proclivities of the USSR, but only with substantial American help via NATO. But the effectiveness of deterrence was clearly demonstrated.

So in today's world, why is it with the rise of Chinese militarism and expansion and similar expression of aggression from Russia does Britain choose to forget?

Surely if we wish to truly honour our war dead, we should do so by learning from their sacrifices and ensuring that Britain maintains a strong defence sufficient to deter any would-be aggressor from blighting another generation, or worse still commencing the eradication of the human race. Where does the ultimate responsibility lie when a war breaks out?

Those responsible for preventing wars are our politicians. It is they who failed in the past and are currently blindly continuing that trend. It is they who need to give Britain's armed forces both the tools, the mass, and commitment to defend our nation by deterring any would-be aggressor.

Over the past two decades British politics has been weakened by liberal perspectives that have ignored the defence of the realm, turning once more a blind eye to the dangers encroaching our island. Against this political trend the Admirals of the Royal Navy have correctly anticipated the nations defence requirements as it moves to a post Brexit Global Britain. To learn more I recommend the BBC2 program Britain's Biggest Warship which is well worth watching.

Post election Britain's only hope for a secure and safe future is that the Conservatives expound a strong Defence Policy as an essential commitment of Government. One that swiftly rebuilds our diminished forces and in so doing honours our war dead properly. Otherwise we could find every other policy being currently debated in the Brexit election as irrelevant in the face of a major conflict.