Transformation within Crisis: Part II The risk of a trough war with Russia 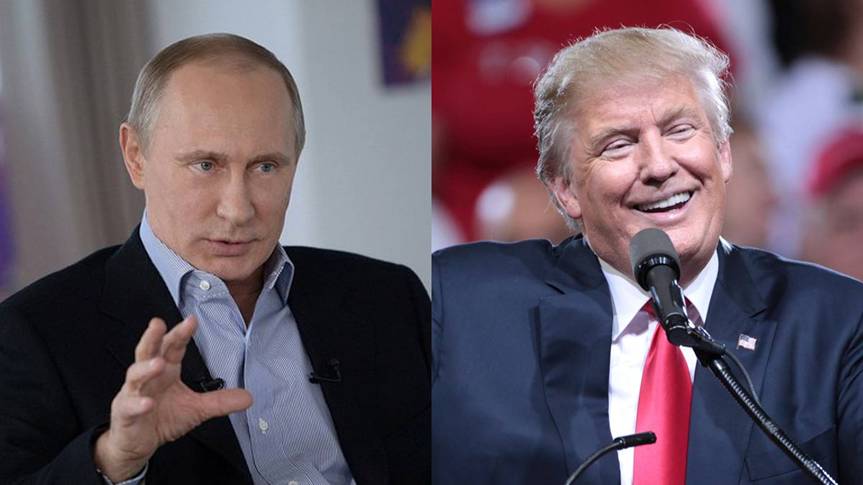 To understand the relationship between Russia and the West today, we need to review the events of the past 100 years.

To that end, if we apply the principals of Breaking the Code of History (BTCH) and specifically, the cycle of the Super Western Christian Empire (SWCE), WW1 was a peak civil war at the height of the SWCE’s empire cycle. At the time of 1917, the SWCE was the dominant nation which controlled the world. The challenge to Britain's hegemonic global power within the SWCE came in the form of rising Germany that had to dominate France before it could tackle Britain. Hence, the onset of war with the invasion of Belgium and France in 1914.

As WW1 devolved into stalemate, Germany sought new ways of shifting the power balance in its favour. Thus, with the help of the German High Command came the manifestation of communism in the Russian Revolution. Although it proved a successful strategy of knocking Russia out of WW1, it had profound unintended consequences, that would ultimately rebound on Germany in 1941. The creation of a communist Russia was in essence the great schism that split the expanding, atheist Russia and 'soon to be' atheist Nazi Germany from the SWCE which was identified by its core Christian values. Both Russia and Germany sought to make their power challenge to the old SWCE from the ideology of atheism that was the very opposite value set to Christianity.

The polarisation of Christian and godless nations was harnessed by both systems as competition intensified. The consequences of which ultimately manifested in both WW2 and the Cold War. History records that Germany was defeated and Communism in the USSR had collapsed coincidentally with the Berlin Wall. Today, Russia is not communist but instead is governed by a hierarchical, presidential structure with Putin at its head. Notably, Russia always had a less collective and more hierarchical leadership structure than any of its western cousins (due to its large population and landmass), so one might argue that nothing has changed relatively at this present time. Additionally, today, Russia has the worst demographics in the Western world, and as such is a weak nation led by a strong leader. Any sustained expansion is unrealistic, indeed, it is fundamentally vulnerable. Its national character is best understood with the analogy that is similar to a young bully with an inferiority complex walking round the playground with a machine gun.

Today, the rapidly declining SWCE is not the only super empire vying for global control. The main challenge comes from China, the leading nation within the younger and more vital Super Asian Empire (SAE). With this shift in power dynamics, it is only natural that Russia would seek to rejoin its SWCE heritage and make an alliance with America and Europe as long as the West finds a way to understand and support Putin's national inferiority complex as Trump is doing currently by giving Putin the respect he feels that he needs. For those in the West that feel Putin is too dictatorial to make friends with, I would direct them to the WW2 alliance of expediency with Stalin, who makes Putin look positively benign.

Today, Russia is in a situation where Putin squandered the gift of a decade of a positive commodity cycle, hence its economy is in serious trouble. Putin has chosen, much as the Nazis did with their four-year plan, to militarise Russia to give it geopolitical leverage, but its underlying negative demographics do not make it expansive. Rather, without Putin and its commodity wealth, Russia would be on the defensive and still in contraction in every way. As discussed above, BTCH's analysis suggests that Russia’s current bellicose stance is derived from a position of weakness. However, unless Russia is brought back into the Western fold and given the respect and recognition it deserves, Putin will, in all probability, during the next 18 months be forced into further regional conflicts that risk a global nuclear exchange, as the commodity cycle continues to cause economic duress to the Russian economy.

It should not be a surprise to anyone that Putin sought to shape the outcome of the US elections from Clinton to Trump, with a campaign of hacking and misinformation. After all, Clinton would have been an implacable enemy to Putin, and the result would have been an almost inevitable, global nuclear confrontation. Meanwhile, Trump cannot publically agree that Putin intervened without risking the democrats seeking a rerun of the election, and hence his ridiculous interchanges with US intelligence agencies. However, American indignation at Russia’s interference and attack on democracy should be tempered by its own nefarious history of global political interventions, the most recent of which was the fermenting of the Ukrainian revolution against a democratically elected government. However, this intervention in American democratic affairs does outline the urgent need for a set of global cyber accords to define what is acceptable espionage in what constitutes an act of war. Furthermore, the urge of protection from hostile nations that seek to use cyber incursions and IP theft should act as a stimulus to all democratic countries.

Obama has punished Russian spies in the USA with expulsions, leaving clear Trump's first and priority once in office, to make a rapprochement with Russia and give it immediate economic support. The ‘good cop, bad cop’ act of Obama throwing out Russian spies and Putin holding back from a reaction suggest that both Trump and Putin are keen to make such an accord that could ultimately extend to an alliance encircling China. An alliance that will remove a significant global risk of conflict between the members of the SWCE from the chess board, and allow them to face together the challenge of containing China in the years ahead as part of a united if not weakened SWCE. However, unlike Obama the lesson Trump has appreciated is that any negotiations with Putin have to be conducted from a position of strength, never weakness.

During the past weeks over the issue of Russia's hacking to influence the outcome of the US election, Trump has found himself at odds with his intelligence agencies. Looking forward, it will be vital for the nation's future that, once in office and on a course to reshape the US-Russia relationship, Trump rebuilds trust and a sound working relationship with what amounts to one of the most effective group of intelligence agencies in the world. To do otherwise, would at best inevitably place America at a disadvantage in its political and geopolitcial decisions going forward and at worst expose America to suprise attacks.

I disagree. Russia's sad history is of millions slaughtered by invaders and then millions more slaughtered by communism (an idiotic cult that is alive and well in our universities and the BBC today, but that's another subject). WW2 saw Russia lose 25 million citizens to the invading Nazis but Reagan and the Democrats of the 80's had a good understanding of the Russian psyche and gently removed the Communist threat. However, the US military/industrial complex needs a bogeyman and has re-created the Russian threat, with the help of our own daft media. There is no Russian threat. Russia has no interest in expanding territorially but they are VERY concerned about US/EU expansion and military bases appearing close to their borders. The Crimea is Russian, the Ukraine is Russian, neither are European and we should stop meddling. Russia's demographics are irrelevant. ALL Demographics are irrelevant. Sheer numbers of people do not make an economy or a strong military. Men don't dig holes, lay roads or build factories anymore, machines and robots do. We don't need vast armies, we have missiles and cyberweapons. One of the richest places on earth per capita is Singapore, the average wealth per citizen is around US$1 million excluding property - they have no natural resources, it's all about expertise and high intelligence, which is why the insanity about 'importing' cheap/free/unskilled labour into Europe to increase GDP is such utter nonsense. The real threats are China, Iran and ISLAM!