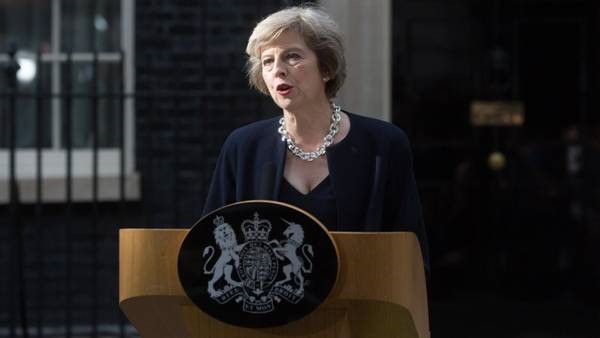 Prime Minister May’s call for an election should not have taken anyone by surprise. The surprise was that she had not announced it sooner. The Conservatives were not elected with May as their leader and she did not want to make the same mistake as Gordon Brown who was never endorsed by the people and served out an ignominious short term as PM. Following such a divisive referendum, May and the Conservatives need a resounding mandate to push through the Brexit negotiations using the risk of a no-deal outcome as the ultimate bargaining chip. With a current marginal majority of just 17 seats in the House, this could never happen.

Meanwhile, the collapse of the Labour Party has been relatively precipitous after a sequence of disastrous leadership choices that have cumulated in Jeremy Corbyn. This labour calamity has afforded May a great opportunity to potentially win a landslide majority. The irony is that Jeremy Corbyn was placed in power by the manipulative trade unions who desired to control the Labour Party and sought to shape British politics. Instead, they have set in motion a sequence of events that will lead to a massive ‘own goal’. Thus, the trade unions have been instrumental in destroying the Labour Party as a political force.

From the perspective of Breaking the Code of History (BTCH) this is all the external manifestation of the shift to the right demanded by Britain’s place on the empire curve as it ascends. Thus, May senses correctly that the Conservatives have an opportunity to wipe out Labour in the House and gain a 100 to 180 plus majority. The question is, “has she the vision to make this happen?”.

Looking across the spectrum of political parties, UKIP can be expected to die a death, having served its role as a protest party attracting the old Thatcherites to its fold. However, if the Conservatives continue to move to the right they will subsume the old UKIP supporters. The one party that should gain ground as a protest vote against the Conservatives are the Lib Dems, even though their leader lacks charisma and their policies are wishy washy! However during this election the Lib Dems have the opportunity to occupy the centre in British politics and in time they will grow to be the new opposition party.

It would be a grave mistake if May and her advisors viewed this election simply as a way to provide May with the mandate to execute Brexit. Rather, it should be viewed as an opportunity to provide the vision for Britain’s future. As such, using BTCH principals, the most effective and potentially popular policies will be those of the old Conservative party, with a strong twist of social equality, i.e. wealth creation with a conscience. Any policy departures from this position will systematically reduce the majority that May seeks to gain. The key tenets of wealth creation are: a strong economy, small government apparatus, a strong defence and pro-active foreign policy. Let's consider a few of the key topics:

1. A strong economy can only be built by encouraging risk taking and offering low taxes which attract capital and reward the building of value. This is currently the weakest area of May’s message. She is handicapped by Hammond as a chancellor, whom I have come to call ‘the undertaker’. His acquiescence as defence minister made him culpable with the negligent reduction of Britain’s national defence capability. Following that was his recent budget when he went back on conservative pledges and penalised the entrepreneurial sectors within the economy. Now, in his recent statement, he refused to guarantee that taxes would not be raised. This poor political judgment underlines his potential to significantly negatively impact the election and weaken the Tory majority.

2. A strong defence. With Corbyn being so weak on defence policy, there is no pressure for May to make this an issue, and yet, it is the elephant in the room. There is no doubt that a commitment to increased defence spending at a time when global risks are mounting would resonate with the electorate. Sadly, however this area of national policy looks set to be ignored to the nation’s peril.

3. The 0.7% foreign aid budget. At a time when our national defence is so weakened, it seems crazy to be giving money away to other nations. Especially, as there is no clear strategic policy accompanying such donations. Soft power only works when it can be backed up by hard power, of which Britain is currently bereft.

The other key areas of policy that will be critical are the NHS and social welfare. Notably, wealth creation is also about a greater sense of self-responsibility in society. The government should seek to engender a value shift in society that encourages the population to seek better health by their own actions through education, and try harder to gain employment through re-education supported by the government. After all Brexit was about independence, and at the individual level this is provided by good health, employment and economic independence. At the same time the government should offer a review of the NHS, exploring whether it is providing the best possible treatments available globally to make it the most efficient at preventing and curing illness that in the long run will reduce its cost burden on society.

Having called this election in the name of clearing the path to an effective Brexit, it would be a major mistake if May and her cabinet Hammond and Rudd were to seek to exclude Boris Johnson from a critical and prominent role in the leadership. After all, they were all remainers, whilst the only one with the real Brexit credentials is 'good old' Boris. Furthermore, Boris is the only one of the four with any vision as how to shape Britain's future outstide the EU.

One thing that BTCH can predict at this stage, before the election, is that the more May moves to the right in expousing wealth creation policies, the larger will be her majority. Gravitating around the centre will inevitably only weaken May’s position and future majority.

In all probability, May will miss this golden opportunity to act boldly and quantumly to enhance Britain’s position as it leaves the EU. This is due to her not being a visionary leader, but rather one that iterates change more gradually. None the less this election is a step in the right direction for UK plc and a May victory is undoubted, even if its scale is yet to be decided.

Apologies in advance if my dyslexia defies my spell checker. We would appreciate your help to notify us of any errors.

A good summary, I hope you're right about Teemay's majority. UKIP seniors sincerely hope that May delivers a full Brexit with swift and proper border controls. But don't write off UKIP quite yet, they are the only party genuinely concerned about the rise of Islam in Britain and prepared to face it. They are the only party determined to see a proper points based immigration system, the only party dead against HS2 and excessive foreign aid but supportive of much higher defence spending.