How Does the Doomsday Bubble Collapse? 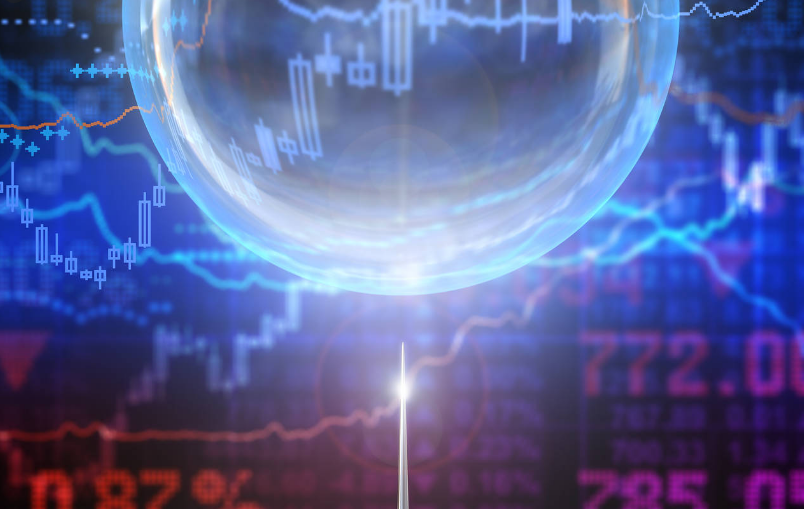 The Bubble of All Things (or Doomsday Bubble) when it collapses, will have implications way beyond a 1929 style collapse, as it will significantly weaken America and the free world's ability to fend of the increasingly aggressive Chinese hegemonic challenge.

This month we have changed our view on US rates and the evidence is that they are now on a secular increase, such that a long-term high is now in place in prices,meaning that a major  low in yields is in place for this cycle. This signals that we are now into phase three of our Arkent Road map.

In our previous Arkent Scenerio-The Bursting Of The Bubble Of All Things we explained that this bubble's unique dimension was its proliferation into many asset classes simultaneously. But it is also unique in terms of its duration as relating to a sequence of ever-expanding bubbles since 2009. We would argue that this super bubble is directly related to the decline of the American empire. One that has been driven by the printing of money via QE programs, whose genesis dates back to the wartime intervention of the Fed post 9/11, to stabilise the American economy.

Having intervened once over 9/11, the Fed then intervened again with QE, to a much higher degree, into the lows of  March 2009 to support the economy and equity markets. The economy stabilised and the stock market rallied, and the US economy became hooked on the QE drug, as it found a way to compensate for its lack of significant underlying growth by leveraging what little unleveraged growth it had left.

Over the next decade, faced with the rise of China, the FED kept applying ever greater levels of the QE drug to keep the leveraged wheels lubricated, so as to ensure that America could stay ahead of China. This strategy was further accelerated by Trump who believed that a roaring stock market would ensure his re-election. Consequently he removed all and any elements within the Fed that displayed any monetary prudence.

The result was that as the pandemic hit, the  American stock markets were at the peak of one degree of the bubble’s expansion, that would have ranked as massive by the standards of any previous Bubble. When the pandemic came the markets collapsed and in rushed the Fed and the US government who both added money to the system on a scale that created the current and final bubble of the sequence of the biggest degree of all. Funded by the biggest issuance of US dollars in history, the personification of which is the recent Biden COVID AID Package of 1.9 Trillion Dollars. One that has echoes of later day Roman empires keeping the masses at bay by throwing coins to the crowds. Notably, all the money printed has gone into keeping the old economy alive, not as in the case of China which is to invest in new innovations for the future, ones that produce a competitive edge and full growth economy. This is the very essence as to why old empires fall and new ones arise in their place.

Whilst we expected Fed intervention in March 2020, we never could have anticipated or imagined a bubble of this magnitude would ever have been created by a Fed in America. So broad is this bubble that it has now drawn in retail investors on a scale not seen since 1929, ensuring that when the bubble bursts the damage will be catastrophic to every element of the US and global economy. Hence we have renamed The Bubble of All Things to call it The Doomsday Bubble.

So how is the Bubble going to Collapse?

Internal drivers - Interest rates rises. We have noted that inflation expectations have risen with the rise in commodity prices as described in our Arkent Inflation outlook. This has triggered rates to rise. However, if this move had just been driven by commodity input inflation, then the recent reversal in commodities that has been in evidence would have been reflected in positive bond prices. The reverse in commodity prices has unfolded as we expected but bond prices have continued falling, suggesting that the inflation driver is related to the printing of money more than to commodity input prices. Put simply, this means that America's debt burden has become too great for this collapsing hegemony to sustain. Thus, as momentum rises in the US Bond price collapse, Federal, State, and company debt burdens, triggered by the Great US debt crisis, will quickly become unsustainable and the whole system will collapse in a larger version of 1929. We are now firmly in Phase 3 of our road map described at the bottom of this article.

External Drivers - China America is in a strategic struggle for hegemony with China, such that if China senses US economic weakness, it will seek to exacerbate that weakness. Thus, recent CCP comments about the irresponsibility of America's fiscal expansion should ring alarm bells as to their awareness of this American point of weakness. As this debt crisis accelerates, at some stage we should expect to see the Chinese sell their bonds and sell the dollar, but this is a way away yet.

Next:  We will look at the risk that interest rates will rise significantly, bursting the Doomsday Bubble