Indifference To Incompetence; Time For Boris Johnson To Evolve 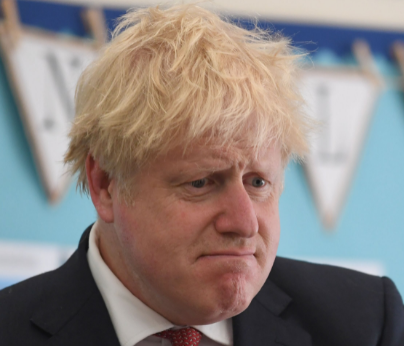 In our previous Murrinations Insight, Indifference To Incompetence linked To The Cycle Of Empires, we explained why Britain has been so indifferent to its decade of incompetent leadership. However, due to Britain’s current point on the empire curve, the electorate will demand that Boris Johnson urgently enhances his competency levels. Thus, now is the ideal time to take a good look at Johnson’s strengths and weaknesses – the good, the bad and the ugly – with the aim of providing feedback based on Global Forecaster’s social constructs, with the intention of strengthening his capabilities and thus the future condition of Britain.

The Vision For Global Britain. On the positive side, based on the Five Phase Lifecycle, Johnson’s government expresses all of the key expansive concepts that are typical of systems in the early stages of expansion to empire. This is except for the creation of a low tax regime to greatly enhance capital inflows and encourage an entrepreneurial risk-taking culture, to supercharge the economy and stay ahead of the impeding stagflation crisis. However, one has to be realistic in recognising that such a radical change in mindset to fully embrace all the advantages of the new post-Brexit global Britain will take time to filter down through all levels of government.

Geostrategy And Defence. Johnson’s government also has a solid grasp of the geopolitical chessboard that it needs to navigate to achieve its goals, except in the case of Johnson’s dangerous blind spot over China, which is our greatest threat and enemy. This is, in turn, preventing the UK from investing in the appropriate self-defence capability, which is a major failure with respect to the Defence of the Realm, a Prime Minister’s foremost responsibility.

Political Strategy. In this area, Johnson has been a whopping success and is very much of his time, championing Brexit by taking Nigel Farage’s catalysing torch at a time when Britain was ready to take the next step forward in its growth. Not only did Johnson and Co champion the cause, but he delivered the outcome with the able advice from Lord Frost.

Next, Johnson championed unknowingly a new Conservative policy of simultaneous wealth creation and distribution that Global Forecaster predicted would be the end of the one-horse Labour Party as an inefficient distributor of wealth.

This dramatic prediction that was made when the majority saw Labour as a serious threat, has now come to pass in the main elections in 2019 and in the by-election last week. On the negative side, balanced against the major successes has been Johnson’s failure to effectively fight for Scotland, perhaps held at arm's length by his lack of popularity with our kilted brethren. It seems that he lost a major opportunity to extend the levelling-up policy for the red wall into Scotland. Similarly, the Northern Ireland protocol negotiated by Gove has been a disaster, which hopefully Lord Frost will now correct. Both failures were mistakenly passed down to Gove to manage, but for which Johnson will undoubtedly be held accountable.

Choosing The Right Ministers And Advisors. Johnson’s inability to think strategically and work through details has made him dependent on the quality of his advisors and senior ministers. While his greatest successes have been a product of good choices in his advisors, like Lord Frost, his poor ones have been a product of weak choices such as Gove, Hancock and Patel, to name but three. Great leaders build a team of trustworthy and highly capable people around them and this is a skill that Johnson has yet to consolidate in government.

Governmental Reform. The need to reform the mechanisms of government into a more streamlined and efficient system was one of the core promises of the last election as espoused by Cummings and thus supported by Johnson. That process should have removed encumbrance and replaced it with efficient, swift and well-founded decision-making to create an effective meritocracy where success and not failure produced promotion. One can only hope that Johnson will continue with that objective, to aid his ability to deliver future policies that actually work. In so doing, there would be profound lessons to be gained from Singapore's government, which is one of the most effective in the world today.

Execution Skills. Johnson and Co’s greatest weaknesses are around his policy judgements and in response to rapidly moving situations. His lack of sound and decisive decision-making ability has become apparent, resulting in poor implementation skills. This has become especially apparent during the pandemic, because when a nation is involved in a long-term attritional battle with an entropic force, such as a war, or this rather unique mutational pandemic, implementation and rapid learning cycles are critical to success.

Yet in the past 14 months, they have been rejected as a critical element of effective leadership by Johnson. This was best typified by his announcement of a full public and open inquiry over the government handling of the pandemic, which may sound good but which will not start until next spring and will inevitably take well over three years to conduct. This is a classic obfuscating political move and, as we all know, the result will not be made public until after the next election. Such a policy denies the nation the openness and honesty to learn from our pandemic responses so far and then quickly harness the lessons into improved responses that will save lives and the economy in subsequent waves. A prime example of this is the continued failure to secure our borders, which is ultimately the Home Secretary's failure.

Failure To Secure The UK Borders. Having managed to escape the consequences of a panic-based sequence of poor decisions during the early phases of the pandemic, via the success of the vaccination programme to create herd immunity, that gain should have been protected at all costs. Yet the continued incompetence of the government response and failures to learn key lessons is typified by their inability to create effective border controls that are impervious to new variants of the virus. This is best exemplified when Johnson, a month ago, chose to put Bangladesh and Pakistan on the Red List. But due to a scheduled state visit to India where he hoped to sign a major trade deal, he left India, with its ravaging pandemic caused by a dangerous new variant, off the Red List. The result is that he has now allowed a new aggressive variant of concern that could negate the vaccine programme to take hold in the UK. If our vaccines continue to work then it will have been luck that saved us, not good leadership or governance. Thus, one can only hope that Johnson will learn that without impervious border controls, our hard-earned vaccination programme could be part negated the next time new adapted variants are lurking at our shore’s borders.

The Covert Use Of Fear By The Lockdown Brigade. Having shamelessly employed the use of fear to control the population during the pandemic, as per Humanity and Fear 5.0 The Reprehensible Covert Use Of Fear In Britain During The Pandemic, this was a move that we would have expected from a totalitarian state, one that was undemocratic in its very nature. Despite this there is evidence that Gove and Co have and continue to use lockdown to strengthen their hold on power. As such, the failure to secure the borders and allowing new variants to enter allows the power of the Lockdown Brigade to continue. Wilful sabotage and subterfuge should not be ruled out, as this flies in the face of Johnson as a libertarian, and so we must assume that it is an element of government operating with its own agenda, separate and against that of Johnson. Consequently, Johnson needs to recognise what is happening and take control of the situation to get his house in order.

Looking Ahead. While Johnson has undoubtedly had his failures, he has also had some very major wins, far more than Thatcher had in her first three years of office. Thus, one can only hope that Johnson will learn from his failures to enhance his effectiveness. Core to this is an intolerance for incompetence which has to start with himself and his own actions, and only then will it cascade down through his ministers and into his whole government. Unless progress is made, there could come a point where public opinion could suddenly flip against him unless Johnson focuses on competent leadership and governance from the top down and finds a less-abrasive agent of change than Cummings, to once more make the apparatus of UK Government fit for purpose. The incentive for Johnson to make such a transition is certainly there, as, with the Labour Party dead on its feet, he has the potential to stay in office for the whole of this decade and be remembered as one of the great British Prime ministers who presided over a profound age of British expansion.