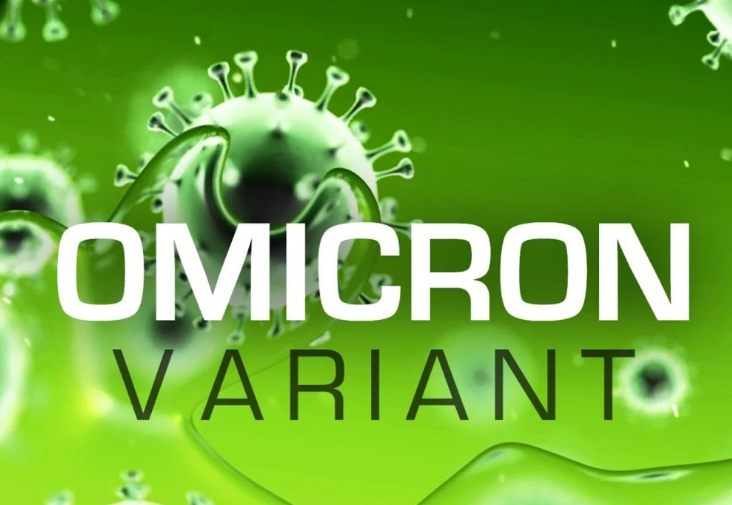 On 5th January 2020, Global Forecaster warned that a weapons-grade virus was making its way from Wuhan, which would engulf the world in a major pandemic. At the time, 99.9% of both the leaders and the population in the West were asleep and the response to the oncoming pandemic wave was ponderous.

Then early March, we followed that prediction with a second prediction; that based on the RNA nature of the virus, that the pandemic would last between 18 and 24 months. At the time, the majority expected a single wave and then it would be over. Twenty months later, we have seen a multiple-strain pandemic that is now in its third/fourth wave depending on where one lives.

And now we have a new threat...

... a virus, which originated in Southern Africa. It should have been called 'Xi' if one uses Greek referencing logically but because the WHO is in the pocket of the Chinese Communist Party, it is called 'Omicron'. Its arrival has sent the world into another blind panic! However, at this stage, we have to separate the clinical impacts of Omicron and the collective human responses to it presence.

The Clinical Reality Of Omicron

Reports from South Africa, which has some of the finest doctors on the planet, are very revealing. ‘If in the second and third wave we’d seen these levels of positivity to tests conducted, we would have seen very significant increases in hospital admissions and we’re not seeing that. In our primary care clinics, it is mainly people under 30 years old.’ This in all probability may well signal the end of COVID-19, with it attenuating itself to such an extent that it’s highly contagious but doesn’t cause severe disease. ‘We are seeing breakthrough infections of people who have been vaccinated, but the infections we’re seeing are very mild to moderate. So for health care workers who have had boosters, it’s mostly mild.’

So, for our third major pandemic  prediction, we believe that, like the Spanish Flu, and many other pandemics that rarely extend beyond a fourth wave, Omicron is the signal that we are near the end of this global pandemic – once the Delta variant run its course.

The Collective Psychological Responses To Omicron

However, as we discussed in our recent four-part Murrinations series on collective human behaviour and bubbles, the collective unconscious  response to Omicron will feel worse to the human collective than any of the other previous waves, creating an overblown response to the situation. This will be expressed in terms of extreme government responses, like those in Austria, and extreme reactions of the population to the imposed restrictions. But most significantly it will be expressed in the finical the markets. Because this wave of panic is hitting the equity indices just at the point where the most bullish of all the US indices, the NASDAQ, having reached our very precise and predicted reversal target @16720 has now reversed sharply, and is exposed to the downside.

We expect the extremely negative Omicron sentiment will roll into economic constrictions that will act as the first domino knocking the markets lower. Then the dopamine will stop flowing and be replaced by cortisol and fear, at which point the markets will see just how many other dominos are lined up to fall. The markets will almost inevitably dislocate lower in a very violent decline, which in all probability will become a crash.

Global Forecaster was founded to help our clients navigate an exceptionally challenging decade ahead. A prediction based on the simultaneous confluence of a series of geopolitical events – accurately predicted in our book Breaking the Code of History 15 years ago, where humanity will face a decisive moment of catastrophe or consciousness – is now upon us.

Our clients include some of the largest financial institutions in the world, asset managers, family offices and companies. All of which value our unique perspective based on collective behavioural models and their impact on markets. These constructs have been developed over three decades, with origins that date back to David Murrin’s pioneering work at JP Morgan in the 1980s. Based on recognising deep-seated ‘behavioural patterns’ in human systems, our models have predicted geopolitical and market events with an accuracy that many would not believe possible. Our remarkable geopolitical and financial market track records date back as far as 2001.

By applying cycles within history using our unique Five Stages of Empire Model, we can locate the position of any nation in the present day and then predict its behaviour across various domains and timeframes. (See Murrination Insights.)

We then combine our geopolitical model with a multiple timeframe analysis of financial and commodity markets (80 markets and 120-plus shares), to provide accurate market timing for asset managers and to time the impact of larger-degree geopolitical events. In so doing, we can transform multi-variable complexity into the simplicity of first-order effects. This is then actionable by each of our clients, allowing them to be forewarned and empowered to navigate through these turbulent times.