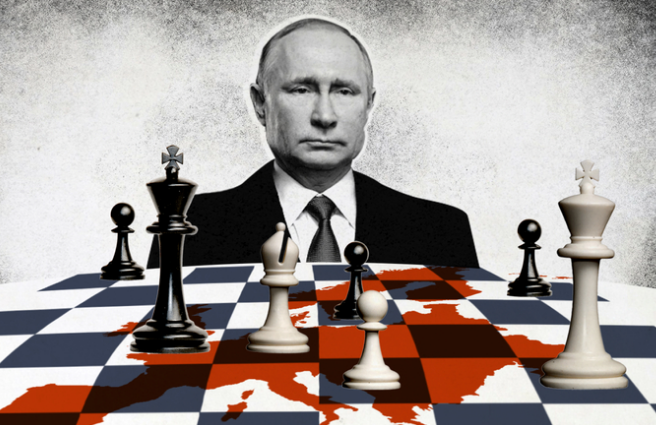 Putin has played a long game that very few in the West comprehend whilst riding a commodity cycle that has defined the Russian economy for a century. As such, there is great danger that the West will continue to fail to understand Putin's strategy and intent, and will thus continue to make the same poor decisions that it has made concerning Russia since the Berlin Wall came down. The consequence of which is the current expanding crisis that is distracting from the containment of China, who is the true enemy of our time of both the West and Russia.

In this Murrinations Insight, we will seek to define and anticipate Putin’s intent concerning Ukraine and the West. The predictions of Russian expansion made back in 2009 in Breaking the Code of History have proven accurate and are the basis of the following analysis.

Putin, as stated in Breaking the Code of History, exemplifies the political 'hero' who surfaces during the low point in the cycle, much as Margaret Thatcher once did, to restore and rebuild a fallen nation. We also described him as one of the most effective leaders in the world, which has proven correct, as he has rebuilt Russian influence despite the negative national energy conferred through a demographic contraction.

His career in the KGB not only trained him with the thought process to hold onto power, it also gave him a network and power base that gave him stability. He has used this to covertly expand Russian influence globally by slipping under America's intelligence service radar screens while they were preoccupied with the Islamic treat. Putin’s life-long practice of Judo will have given him the intimate knowledge of visceral human combat that he has effectively transposed into the larger fractal of national security and conflict management, something no Western leader has a clue about.

Lastly, like many Russians, Putin plays chess, which has honed his strategic mind, something our Western leaders completely lack. He is decisive and ruthless, whilst being single-mindedly determined to expand Russian influence. It is an agenda that is very much linked with his personal survival and mantra to stay on top or die. In short, this is the last man you want as your enemy, and yet a sequence of Western leaders, through their arrogance, made him just so.

Putin is a chess player, as well as being a martial artist, so he sees the game as defined by a terrain of the battlefield, that has essentially not changed since we evaluated Russia in Breaking the Code of History, which is summarised below and expanded upon for events over the past 13 years. 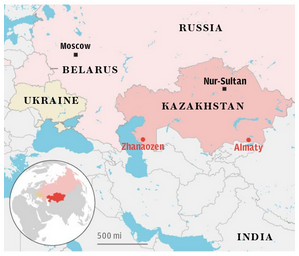 Putin's goals are as follows:

These demands will inevitably be unacceptable to America or NATO, but Putin already knows that will be the case. There is an old saying that wars begin in the minds of men. In the case of Putin, his war with the West began a long time ago. In the case of Ukraine, the evidence suggests that he has already gone to war in his own mind, so the probability of an invasion of Ukraine in the weeks ahead is extremely high.

In our next Murrinations Insight, we will be discussing possible ways of escaping Putin’s checkmate: Time For A New American Russian Entente Cordiale

19 January 2022 UK goes into 'crisis mode', as weapons flown to Ukraine to defend against Russian invasion

16 January 2022 Resurrecting Kyiv’s Cold War bunkers will soon be doing this across Europe?

14 January 2022 First on CNN: US intelligence indicates Russia preparing an operation to justify invasion of Ukraine