The Deadly Dance of the Eagle and the Dragon Part 6: Conclusion 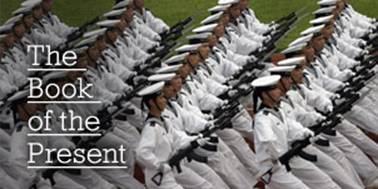 Reviewing America's progress in containing the momentum of the Chinese challenge we must conclude that so far it is “too little too late”.  Trump’s America needs to find another gear level to be successful

We have long argued that competition for resources regulates the rate of a strategic challenge, and ultimately wars. A prime example is the ‘cold war’ which can be modelled as below:

Thus the commodity cycle is the drumbeat accompanying the road to wars that are caused by one great power challenging another.  This gives us a specific danger window of 2024-27 for a global conflict after which the risks will abate with time.

With history repeating itself once again, what can we learn from the mistakes that lead up to WW1 and thereby avoid WW3 with China?

The one key lesson from history is that the only way to deter a hegemonic challenge is via effective deterrence. As described in Lions led by Lions Britain failed to deter WW1, whilst America did deter the USSR. Let us hope that America understands these key lessons and focuses on the key elements that will allow it to deter China’s imminent military challenge.

Let us consider the rhythm of the commodity cycle and make a comparison between the world today and the run-up to 1914:

The message then becomes very clear.....

If there is division between America and its western and its eastern allies then we will all fall to Chinese expansion.

However, if we unite together we have a chance through a strong military and political deterrence program not to repeat Britain's mistake in 1914.

We cannot be complacent and thereby be responsible for failing to deter WW3, and consequently the demise of humanity.

I am in Viet Nam at the moment, earlier making a surf trip to Phu Quy island, 100 km off the coastal town of Phan Thiet.

To make this trip to this island, you need a special visum on top of the normal visum for Viet Nam. I did not understand why, so started researching. It basically has been caused by China's aggressive expansion in this area.

If you look now at the buildup of artificial islands in the Spratly's by China in the past years; with 10.000 foot airstrips, hangars, radar stations, missile systems, etc; you can see this expansive policy in action and surprisingly it has been allowed by the US #obama.

These islands are a long way from China and outside the normal maritime zoning, so BTCH confirmed.

On Youtube there are several videos on f.i. Mischief reef, FONOP, etc