Transformation within Crisis: Part I 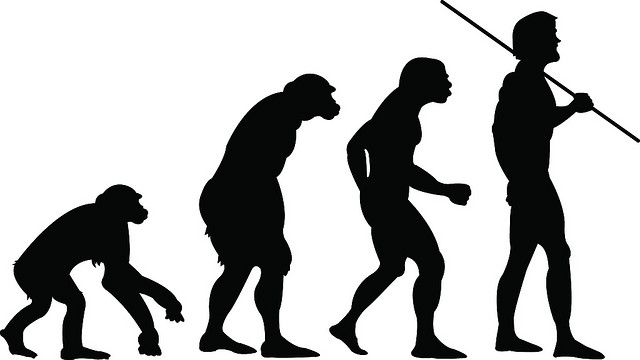 Many readers have often joked that Breaking the Code of History (BTCH) and my blogs are pessimistic, and thus that I must be a pessimist! However, I have always answered that I am an optimist by nature; which always elicits a good laugh! I then explain that BTCH was structured as a self-help book for mankind, and the first stage was to understand and highlight both our positive and destructive patterns. The second stage emphasised the impending big challenges that we face in the decades ahead and how we might surmount them. The third was to recognise that transformation only occurs through crisis and that only, when we face our darkest days, are we likely to make quantum shifts in our behaviours.

Darwin's theory of natural selection represents just such a process of adaptation over long periods of time and we, the human race, are a product of just such a mechanism. Yet, since the Fifties, we have lived with the Sword of Damocles in the form of nuclear weapons that we could use to destroy our whole race in a heartbeat. Thus, for seven decades we have lived with the risk that crisis could precipitate our annihilation. Sadly, that threat is not over, but rather has entered a second chapter post Cold War that will bring with it equally dangerous moments and opportunities for transformations.

The Information Age has given us more accessible and broad-based information than ever before, which combined with greatly improved levels of education across a higher percentage of the world's population has created a revolution in mankind’s knowledge base, which I would describe as the Knowledge Revolution. The next stage which I would call the Wisdom Revolution is underway and is a shift in how we interpret that information, to better understand our collective behavioural patterns. The third and final stage will be to then apply that wisdom to the human societies and to create new behavioural patterns that hopefully have more positive outcomes which represent a transformation. Sadly, the catalyst for transformation is always crisis and conflict.

In this regard, the next decade will not disappoint and will truly define either the destruction of our race or its transformation into a more conscious and aware, collective human organism. The four great challenges that I anticipate we will have to face are as follows:

1. The risk of a trough war with Russia

2. The risk of a Chinese war of expansion

4. The arrival of Sentient Machines

In the next four Murrinations over the coming weeks we will examine each topic in detail. For the record, despite the odds against it, I am a believer that mankind will make the transformation into a more sentimental, collective organism, and this sooner than we realise.

That made me laugh. People called Churchill a pessimist - and worse - when he pointed to German rearmament in the 1930's. It's often a thankless task warning of danger, let Darwin do his thing. Keep building that ark!