UFOs; The Reality That Humanity Is Not Alone 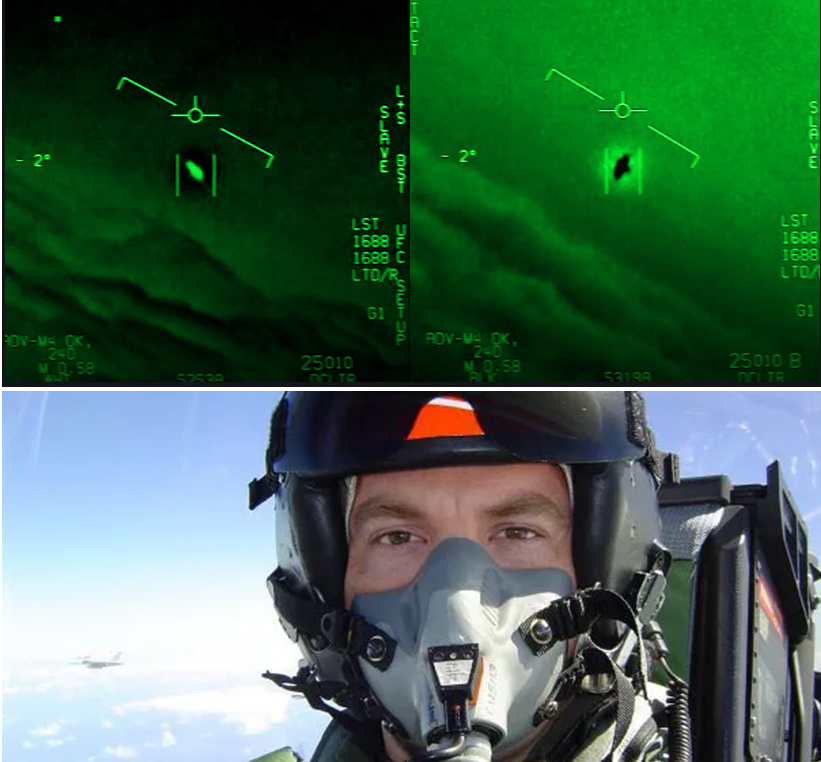 One of the last acts of the Trump administration in conjunction with Marco Rubio, a US senator, was to pass a law that forced all the US intelligence services to make public all their unclassified files on UFOs on June 1st 2021. That decree was a product of Trump frustration that he and no other president, however persistent before him, had been able to access key information on UFOs. Most likely based on the pretext of ensuring that the president could maintain plausible deniability of the UFO phenomena. Thus, over the last few months as the tension has  built, there has been a significant increase in the attention given to UFOs in the press. However, before you continue with this Murrination, I would suggest that you ensure that you have read the following Murrinations.

Interestingly, although UFOs or UAPs (Unidentified Aerial Phenomena), as they are called today, have been associated with the US Air force since Roswell and Project Bluebook. The related phenomena of USOs, or underwater submerged objects, have only recently come to light. Numerous and significant incidents that on the whole have been linked to Navy detection of large fast-moving underwater objects that can also fly. This body of encounters has long been kept classified which was easy to do  as it only involved military personnel away from the general public. Especially when it involved US ballistic missile subs whose operational tracks could be distinguished by any reported encounters with UFOS of USOs. As a consequence, it may well be that an unknown branch of US Navy intelligence could have the greatest treasure trove of encounters and documents thereof.

Global Forecaster uses a mosaic intelligence gathering approach, where small pieces of information that seem to have no significance are given relevance within a larger pattern. An example is the Chinese PLAN kilo PLN sub that surfaced within 4km of the American Strike carrier USS the Kitty Hawk in 2006, a move that signaled the onset of a new hegemonic naval arms race. Or when in 2016 Putin quietly sold Russian jet engines to China signaling the onset of a powerful military alliance. We have applied a similar methodology to the study of the UFO and USO phenomena allowing us to see through the veil of multiple layers of cover-ups by government agencies that sit outside the normal reporting structure to the US President and other national leaders. Indeed, although the Tic-Tac video (the name of a video recording in 2004, by US Navy Pilot Chad Underwood, of a bizarre and erratic UFO) taken by US Navy Hornets in 2004 whilst flying from the USS Nimitz and were leaked in 2017, The US Navy chose the height of the pandemic to officially release the video in April 2020, when very few people even noticed its release. In that regard, one has to wonder about the coincidence of the accelerated release of intelligence about the laboratory release of the Wuhan virus which has been known for many months, as well as about the pending UFO information release in the next few days. If we sound like conspiracy theorists, one only has to read up on the sophistication of intelligence operations the world over to know this is exactly how agencies think and work.

So the big question on all of humanity's lips should be:  "are UFOs real?". Thereby once and for all answering the question: "are we alone?".

The reality is that we already have the answer, based on the mass of irrefutable evidence gathered by highly trained and reliable military observers about craft of varying designs which have on numerous occasions over 70 years been observed by multiple sensors (mark one eyeball, radar infrared, and thermal imaging).  The were flying in ways that could only be achieved by massless flight, through the multi mediums of space, atmosphere, and water. The Tic-Tac videos place beyond doubt that UFOs and USO are real and that mankind on our planet is not alone in the Universe. As such, the June 1st release should only add to that body of evidence, even if the release only penetrates another layer of the onion in contravention to the demand by US law for transparency.

Before we attempt to postulate answers to some key questions, I should declare my personal interest in the topic. My father was very senior in the aviation industry and worked with the top guys at Lockheed and Boeing in America. Hence we regularly spent time in America and had American friends to stay. I had an early fascination with warfare, tactics, weaponry and planes. Thus I interrogated them of my favourite subject whenever I could. One gentleman, who I shall call Bill, was the chief test pilot at Lockheed and, before that, had been the chief test pilot for the USAF (US Air Force). We had been talking about the planes he had flown and his experiences when I asked the question: "and what did you do next?"  He answered that he worked on project Blue Book. In 1973 very few people knew that this was the USAF investigation into UFOs. I took a deep breath and asked him are they real. And he gave me an answer that I shall never forget. In his dead serious pilot voice, he said: "son, if UFOs were not real the USAF would not be spending so much of its time and money investigating them!"  If I was interested in UFO's before my question, I was hooked thereafter and for over 50 years I have followed the development of sightings and the exposure of UFOs to the public. This, coupled with the shift in acceptance that has been brought about by science fiction films. Naturally, the majority of UFO sightings were explainable and thus dismissible. However, there were some that just could not be and over the years the evidence has mounted. Cumulating in the Tic-Tac videos.

Consequently, we should now all be moving beyond the question of "are they real?", to ones such as;

In our next UFO Murrination we will be delving more deeply into what we know and what gives us a working hypothesis for answering the above questions.