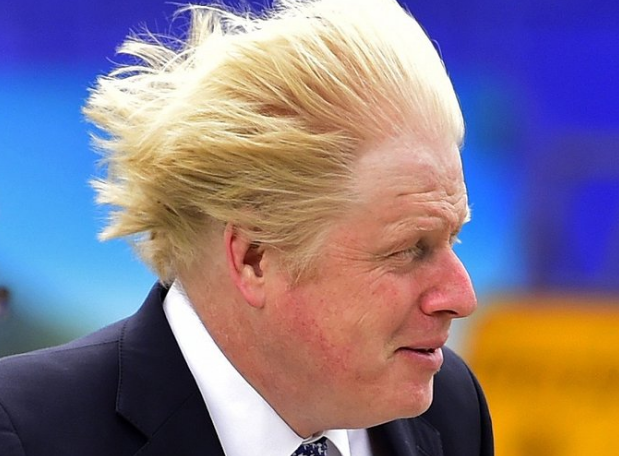 What do flat taxes, the Defence Review, the UK's pandemic strategy and a no-deal Brexit have in common? They all require bold strategies to maximise the UK's outcomes.

The following comments are specifically aimed at the UK, but have relevance to every nation in the world.

The UK's pandemic strategy continues to be inconsistent and poorly conceived. In early February, I made the following assumptions which have proved valid:

My conclusion was that lockdown would fail and simultaneously cause massive economic damage. This has sadly been proven correct. Consequently, the only effective response was and is a phased exposure to herd immunity. This would maximise the services of the NHS  whilst never overwhelming them. This would create the shortest possible route to herd immunity. The Swedes have enacted just such a policy very successfully and as a result their economy has suffered much less than that of the UK or other lockdown nations.

The villain of the story, who used fear to force Boris & Co from a herd immunity to a lockdown strategy, was Neil Ferguson. Fear was incited in the population to make them comply. When the government realised the economy was collapsing, they then tried to encourage a fearful population back to work and to eat out in public places with the eat out scheme. Then, last night, we saw another U-turn to counter the rising numbers of infected people as the government imposed a 6 person contact rule which comes into place on the 14th of September and effectively reverses any progress made in reducing the collective fear levels and saving the restaurants! Meanwhile, our critical care facilities are mostly unused. This lack of critical care usage only exposes us to later surges and the system being overwhelmed as we are not progressing along the route to herd immunity to the extent we should be.

Managing this pandemic was always going to be challenging, but so far for the sake of approximately 354,932 infected and 41,675 deaths in the UK (compared to a monthly average death rate of 45,000 per month) Boris & Co through poor decisions have driven the UK's economy into a depression that will be compounded by the impact of Brexit.

Real leadership is about weighing up the facts and then creating an appropriate strategy that is the best possible course of action with bold execution. In that regard, phased accelerated exposure to herd immunity was the only strategy that should have been implemented. Sadly, Boris has failed to choose the right and bold path.  This has almost guaranteed the worst possible outcome of economic constriction and an extended pandemic.

Interestingly, I would say that with respect to the Brexit negotiations Boris & Co have shown bold leadership. They do have it within them to make difficult decisions. Remember, a no-deal today is a very different prospect in a post-COVID-19 world with a global economic contraction and the threat of China looming large. If Britain were to increase its hard power and military industrial complex, its bargaining power for new trade deals would be significantly increased. Additionally, a no-deal Brexit would be the opportunity to create a European Singapore, the one thing the EU leaders truly fear.

However, the recent potential for an economic pandemic 'double whammy' with the call from the Treasury Luddites, to raise taxes to pay for the consequences of the wrong pandemic strategy, could be a massive own goal. This reflex response from the Treasury would only accelerate Britain's path into a deeper recession. The real opportunity is to  instigate a phased introduction to a flat tax regime across every element of the current taxation structure, including inheritance tax.The ultimate objective should be a 20% target, at which level 99% of all the population would be happy to pay and the need for a large HMRC would drop away allowing another government department to be streamlined.The consequences of such a tax revolution would be that money and investment would flow into the UK at a stagging rate allowing the nation to grow our way out of the current deficit.

Britain must return to its old maritime paradigm. We need a strong defence capability to defend our home and protect our supply chains. A bold defence review with significantly increased defence forces reinforced with a strong military industrial complex is vital for Britain's economic prosperity in a world of increasing threats and tenuous alliances. Thus, if Boris & Co could find the vision and courage to lead the nation along the flat tax path at the time when we past finally cast off all ties to the EU, we may yet rise from this pandemic stronger and more vigorous as a nation.

For Britain to prosper in the dynamic global landscape we find ourselves in, well informed and bold strategies are desperately required. So, can Boris rediscover his vitality to lead us through these difficult times?