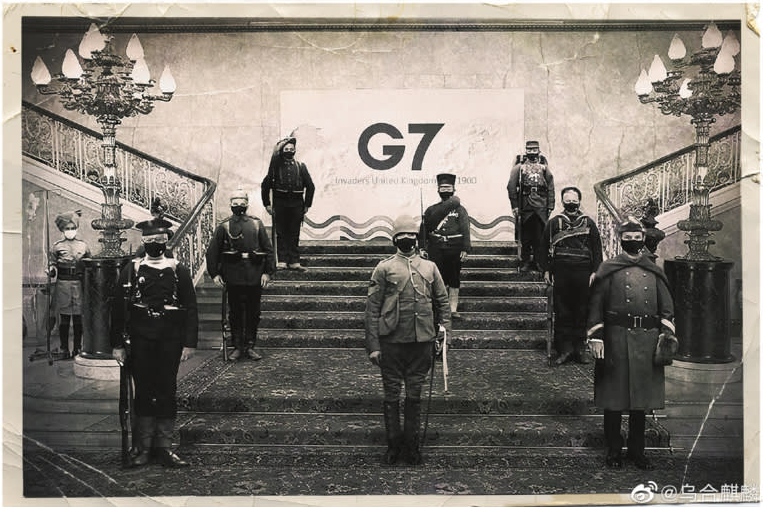 Since the start of the Wuhan pandemic, the West has seen a radical shift in Secondary polarisation within our societies, with a stark recognition of what the CCP policies really represent, with their aggressive and expansive policies. But especially concerning the perpetration of genocide as the rose-tinted glasses fall away. However, as explained in my Theory Polarisation the road to War the prime driver of a polarisation process is the expanding and thus challenging hegemony, in this case, China. Yet we in the West hear very little about how the Chinese perceive the West and the increasingly aggressive rhetoric that Xi and the CCP are feeding the Chinese people, beyond Xi’s alarming exhortations to his armed forces to be ready for war.

Thus the insight provided by the above image that distorted an event from 120 years ago was widely shared on the Chinese Internet, is a valuable if not alarming insight into increasingly aggressive Chinese anti-Western polarisation. The aim of the young Chinese artist, who goes by the name Wuheqilin, was to brand the G-7 as an invader and to recall the Chinese humiliation of the Boxer Rebellion. The 1900 uprising that attempted to expel all foreigners and their associated Western culture from China, that had flooded in since the humiliation of the two Opium Wars and the hand of Britain.  The uprising was covertly supported by Empress Dowager Cixi and although it failed it marked the start of the new empire cycle of China. However, the uprising prompted forces from the Eight-Nation Alliance; the U.K., the U.S., France, Germany, Russia, Japan, Italy and Austria-Hungary, to enter Beijing and liberate the besieged foreigners. As a result, the Qing dynasty was forced to sign the humiliating Boxer Protocol in 1901, which imposed backbreaking compensation obligations and a national humiliation that continues today. 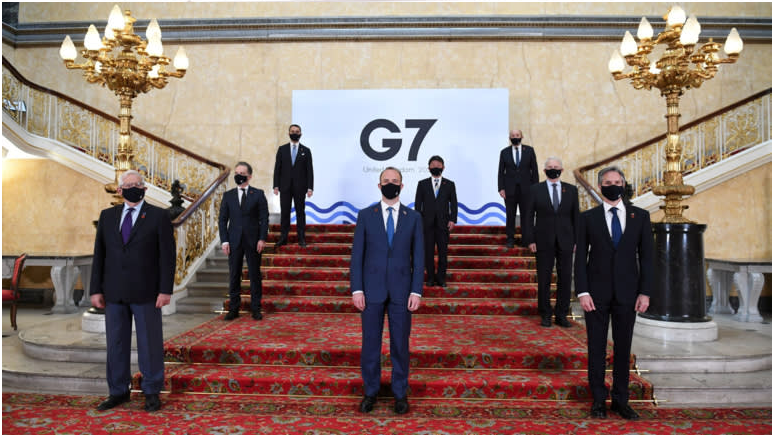 The satirical G7 image was designed to stimulate the memory of the past injustice and humiliation of China the hands of the west by taking the recent commemorative photo of the "G7 -- United Kingdom 2021" foreign ministers standing on the steps of Lancaster House in London and replacing the figures with people dressed in old-style military uniforms from the Eight-Nation Alliance, similarly posing for a commemorative photo at the same place. The "G7 -- United Kingdom 2021" sign behind the ministers had been rewritten "G7 -- Invaders United Kingdom 1900."One more provocative though less visible element in the image is a soldier from India -- a guest participant at the G-7 -- wearing a white face mask and connected to an IV drip. The caricature ridicules India as it battles a tsunami of COVID infections.

Such wolf warrior style propaganda is designed to mobilise anti-Western sentiment among the young Chinese under 40, who do not remember the experience of living under Mao and are thus far less realistic about the falseness of anti-Western propaganda. In contrast, their parents remember how Mao used similar propaganda tools whilst making his people suffer horrendously under his inhuman policies. Consequently, they have never forgotten the negative aspects of the dictator who led the nation into the Great Leap Forward and Cultural Revolution and thus they harbour strong empathy for Deng, who put an end to Mao's disastrous policies. To this age group, Xi’s dictatorship holds concerning resemblances to Maos.

However, unlike their parents, China's new young adults have no direct knowledge of the dark and painful period of China before rule of the paramount leader Deng Xiaoping in 1978 who launched the economic policy of "reform and opening-up from which they ultimately benefited. "For under 40s, the 1958-1961 Great Leap Forward, during which a vast number of people starved to death, and the 1966-1976 Cultural Revolution, which purged intellectuals, are a part of history, were not personal experiences, but ones re-written with a positive spin by the State-led patriotic education of the late 1990s giving them the world view of the primacy and positive contribution of the CCP.

Recognising this schism in the Chinese population, Xi’s wolf warrior policy is a tool to achieve his domestic political agenda, by neutralizing the older population's viewpoint and polarising the young against the West to polarise support for his expansionist agenda.

In this regard, Xi has been hugely successful and we in the West should be alarmed at the obvious consequences of the encouragement of such hatred and anger aimed that the West to right old wrongs that will be used to justify any overt or covert aggression by Xi as it strongly resembles the polarisation of Nazi Germany, as it prepared for war. 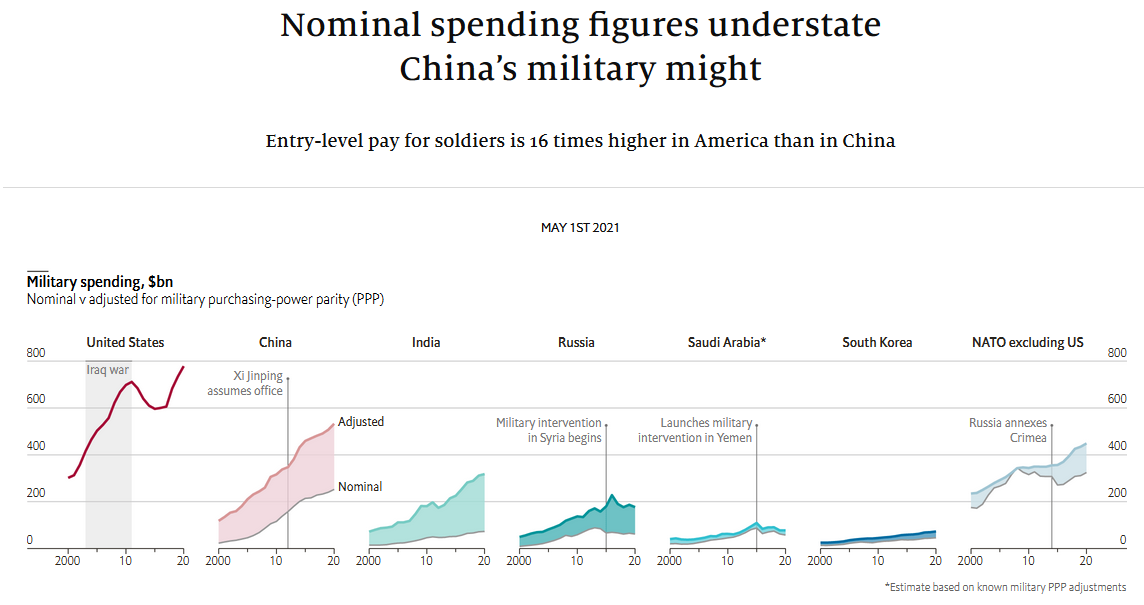 Meanwhile the techniques used to polarise the Chinese population and mobilise it against the rest of the world have been expounded in the strategy of  “wolf warrior diplomacy”, in which diplomatic engagement has been replaced with much more aggressive overseas interactions. Wolf warrior ambassadors are not only sent abroad to lie for their country , but to denounce and if possible silence any criticism of their regime. This bullying style of  “megaphone diplomacy” includes threats against nations and individuals that employ any and all forms of leverage the China can deploy to force obedience and acquiescence. The pattern is so clear that the free world should be shuddering at the thought of the day when China believes that it has become the new military Hegemony. A day that the nations of the Democratic free world in its sane mind, should never allow to arrive.

Since the end of the Cold War the majority of the populations of the West have lived with the assumption that World War III (WWIII) would and could never take place. However, what if an aggressive and expansive hegemonic challenger believed that the combination of the West’s collapse in collective moral fiber and resolve, coupled with the use of powerful and decisive new weapons deployed en masse, could make WWIII winnable? This is the story of how the past ten years and next five years comprise the road to war in 2025 and the moment that China mounts surprise attacks on the free world. Red Lightning then precisely details how the PLAN wins WW3 in only a few days and ends the rule of democracy globally.